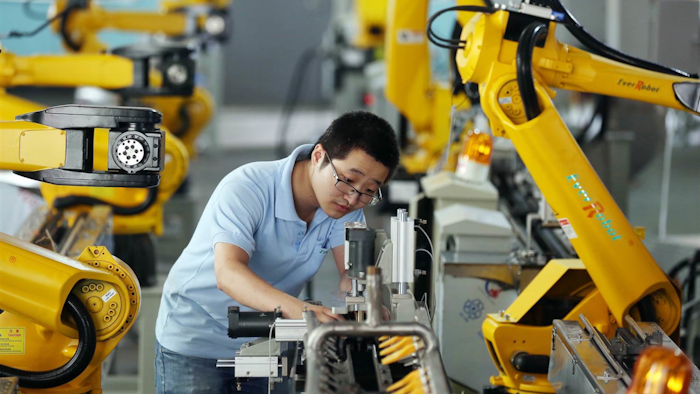 The smart robot market is forecast to reach $14.29 billion by 2023 from $4.94 billion in 2018 at a compound annual growth rate (CAGR) of 23.7 percent during 2018-2023, according to ReportsnReports.com. The growth is driven by the increasing adoption of autonomous robots for professional services, emerging technological advancements in the field of robotics, increasing investments toward industrial automation, and growing government aid for R&D of AI-enabled robots.

The Americas held the largest share of the smart robot market in 2017 for all major industrial and service applications. The market in the Asia-Pacific area is expected to grow at the highest CAGR between 2018 and 2023. APAC is likely to adopt smart robots for almost all major industrial and service applications during the forecast period. As the elderly population in APAC countries, such as China and Japan, is on the rise, the region is expected to employ smart robots, e.g., humanoids for personal assistance and care giving applications. The presence of a large number of manufacturing companies in China and Japan, along with the strong presence of automobile and electronics and semiconductor companies, is also driving the growth of the smart robot market in this region.