Turkey's president says the country will develop unmanned tanks to minimize risks to soldiers in combat. 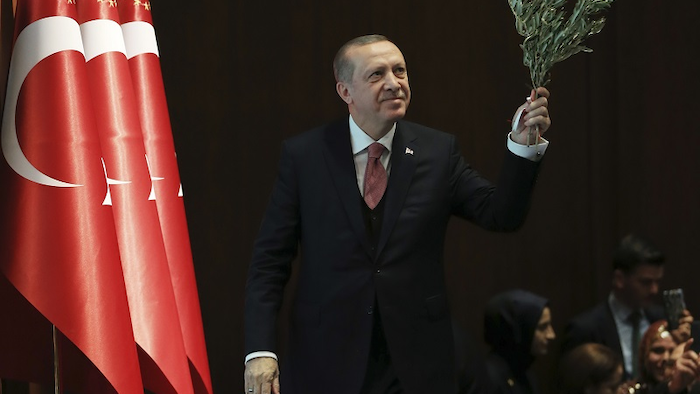 Turkey's president says the country will develop unmanned tanks to minimize risks to soldiers in combat.

Recep Tayyip Erdogan announced the plan Wednesday during a speech delivered at a conference on Turkey's five-year development plan.

His comments came as Turkey's military is carrying out a cross-border offensive in Syria to clear a border enclave of Syrian Kurdish rebels.

Erdogan said, "We need to be able to manufacture unmanned tanks and we will do this ... We are becoming a country that is catching this technology."

The Turkish leader said that U.S. refusal to provide Turkey with drones in the past had forced the country to develop and produce its own.