A Dutch tech startup and a construction company on Thursday unveiled a Hyperloop test facility. 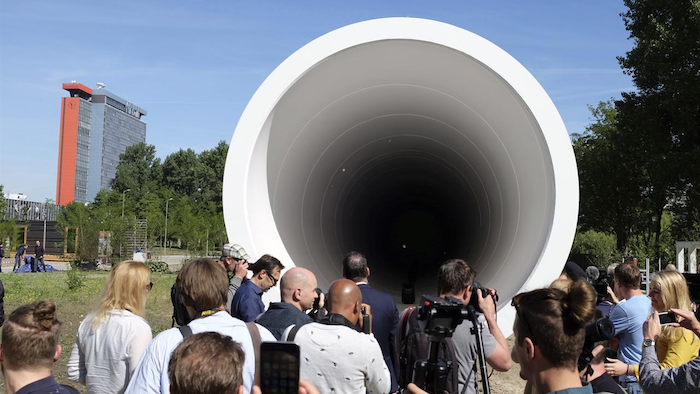 A Dutch tech startup and a construction company on Thursday unveiled a Hyperloop test facility, a steel tube that will be used to help develop the futuristic high-speed transportation system.

It is a first step toward developing the system in the Netherlands, a key European transportation transport hub, and beyond.

"It's our goal to let it be available for the daily commuter," said Tim Houter, CEO of Hardt Global Mobility, which is working on the project with construction company BAM. He described the concept as "a sort of on-demand, high-speed transportation system for everyone." 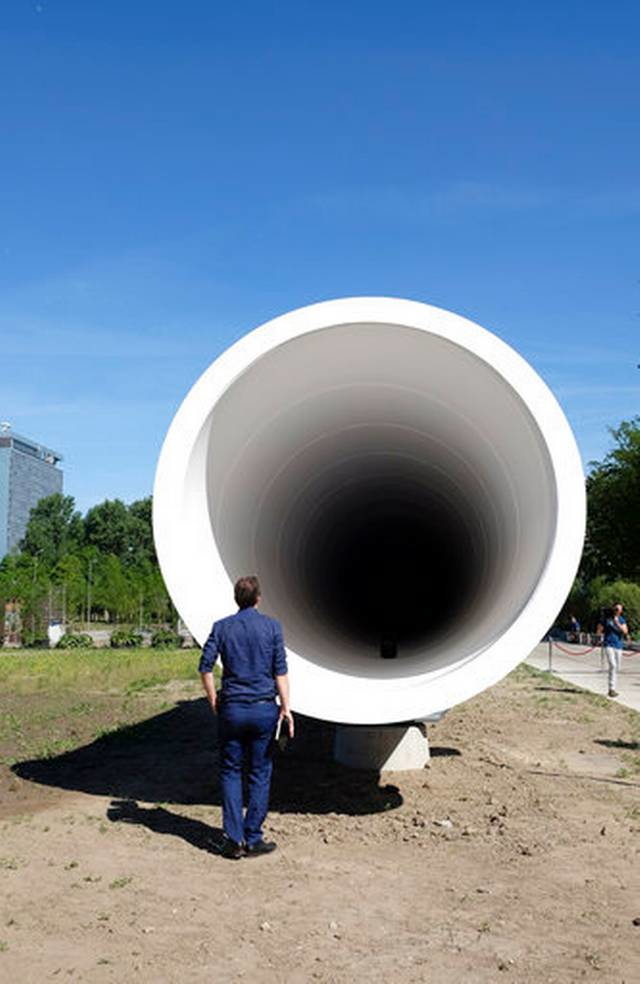 The Hyperloop was first proposed in 2013 by SpaceX and Tesla Motors co-founder Elon Musk to transport "pods" of people through a tube at speeds of roughly 700 mph (1,126 kph). A Hyperloop has levitating pods powered by electricity and magnetism that hurtle through low-friction pipes.

Houter, who was part of a team of students from the university that won a Hyperloop contest organized by Musk in January, said the tube will be used for low-speed testing in a vacuum. 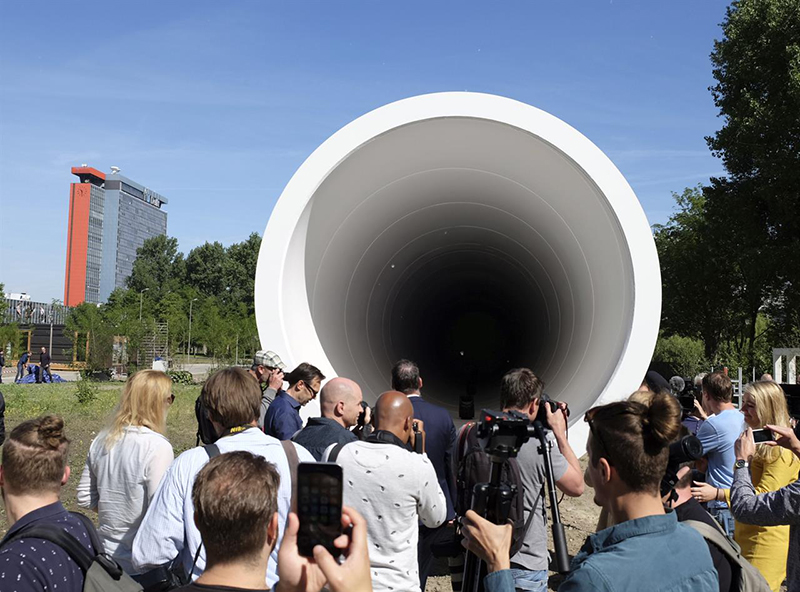 People look at a hyperloop test facility unveiled by a tech startup and a construction company in Delft, Netherlands, Thursday, June 1, 2017. The 30 meter (100 foot) long white steel tube will be used to help develop the futuristic high-speed transportation system. The tube is a first step toward developing the system in the Netherlands, a key European transportation transport hub. (AP Photo/Mike Corder)

Ultimately the startup wants to build a longer high-speed facility for testing cornering and lane switching. Hardt then aims to begin construction of a Hyperloop route between two cities within the next four years.

"If you then can move the goods in a fast way to the rest of Europe, this is very important for competition," she said.