Automakers said they were preparing for a future in which self-driving cars and electric vehicles would take the road alongside conventional vehicles. 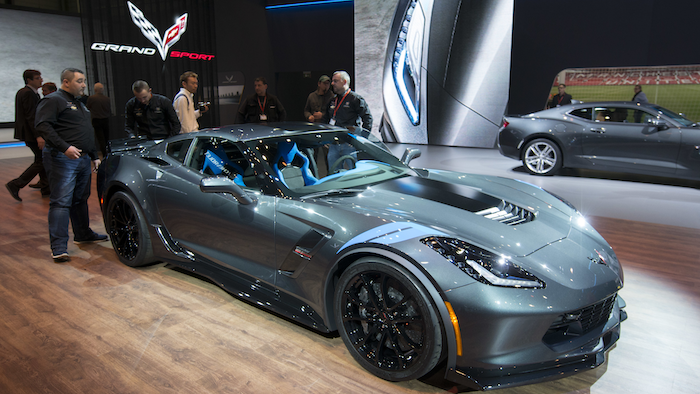 The New Chevrolet Corvette Grand Sport Coupe is shown during the press day at the 86th International Motor Show in Geneva, Switzerland. (Martial Trezzini/Keystone via AP)

Automakers looking to support sales in the face of global economic uncertainty are betting on new SUVs and the promise of high-tech as they try to outshine each other at the Geneva International Motor Show.

While sales are weak in countries like Russia and Japan, they've been growing steadily in Europe and the U.S., where demand is particularly strong for small SUVs. Buyers are encouraged by cheaper gas and the models' higher riding position and storage room.

Audi presented its new Q2 small SUV and Opel, the European unit of General Motors, unveiled the Mokka X, an updated version of the existing model. Ford touted its Edge as its flagship SUV in Europe. At just over 4 meters (13 feet) it's small enough to fit into the cramped parking spaces in European cities. 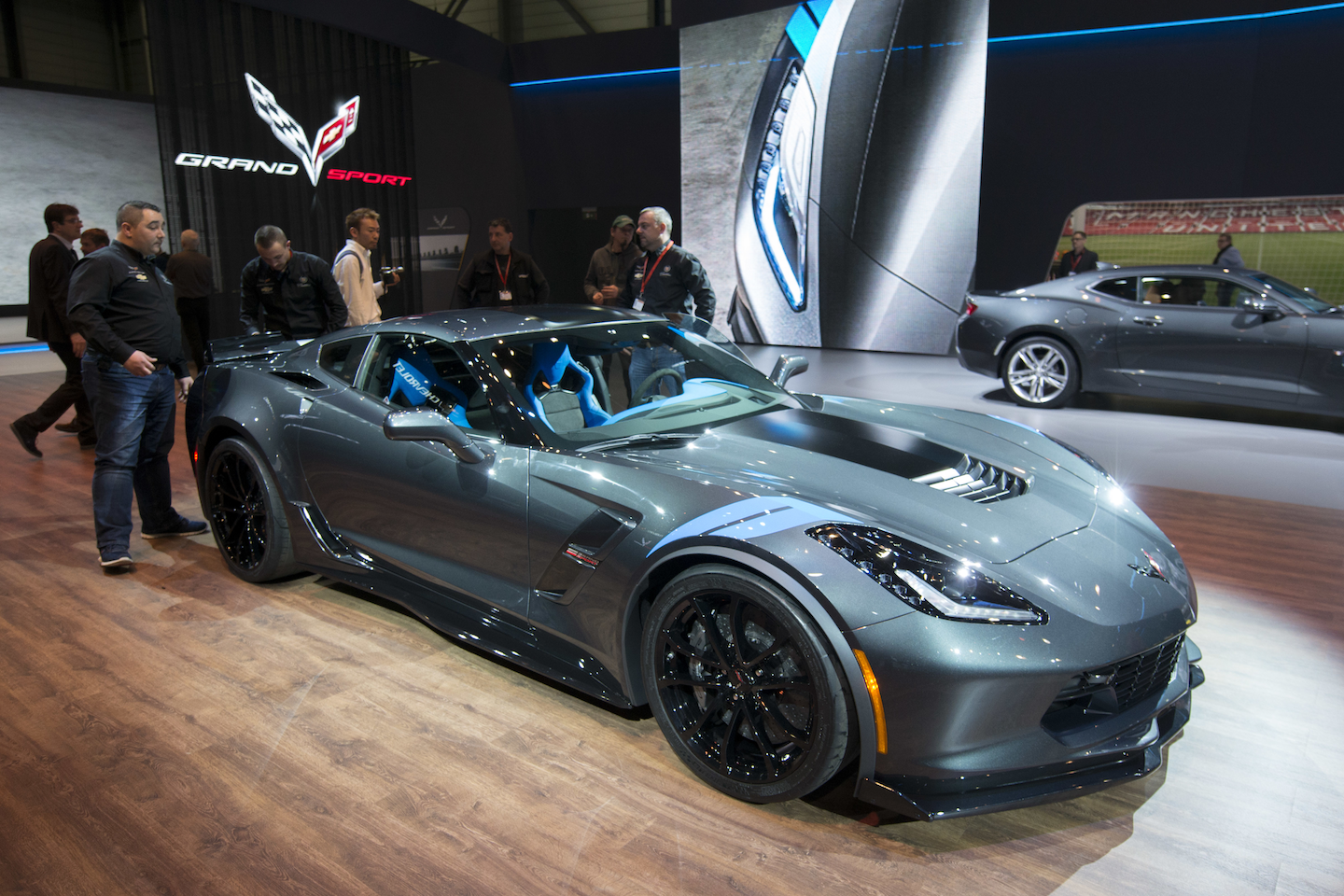 The New Chevrolet Corvette Grand Sport Coupe is shown during the press day at the 86th International Motor Show in Geneva, Switzerland. (Martial Trezzini/Keystone via AP)

Even as manufacturers pushed shiny metal at the public, which gets access to the show Thursday, there was much discussion of looming change in the industry as automakers said they were preparing for a future in which self-driving cars would take the road alongside conventional vehicles and better batteries would make electric vehicles more practical.

BMW offered a plug-in hybrid version of its large 7-Series sedan, alongside a gasoline version with a powerful 12-cylinder engine. CEO Harald Krueger said the company's early commitment to electric vehicles and its use of battery power in key models positioned it for a future in which emissions rules become increasingly strict. That's even though the company sold less than 30,000 electric vehicles last year, out of record 2.2 million.

"E-mobility is a marathon, not a sprint," Krueger said.

Volkswagen, struggling to regain consumer trust after U.S. authorities found it had equipped vehicles to cheat on diesel emissions test, sketched out a future in which electric power and digitalization would play more important roles in vehicle development. The company's marketing chief, Juergen Stackmann, shrugged off the antics of a protester who dressed in mechanic's overalls and feigned to repair a car the executive had just driven up in. 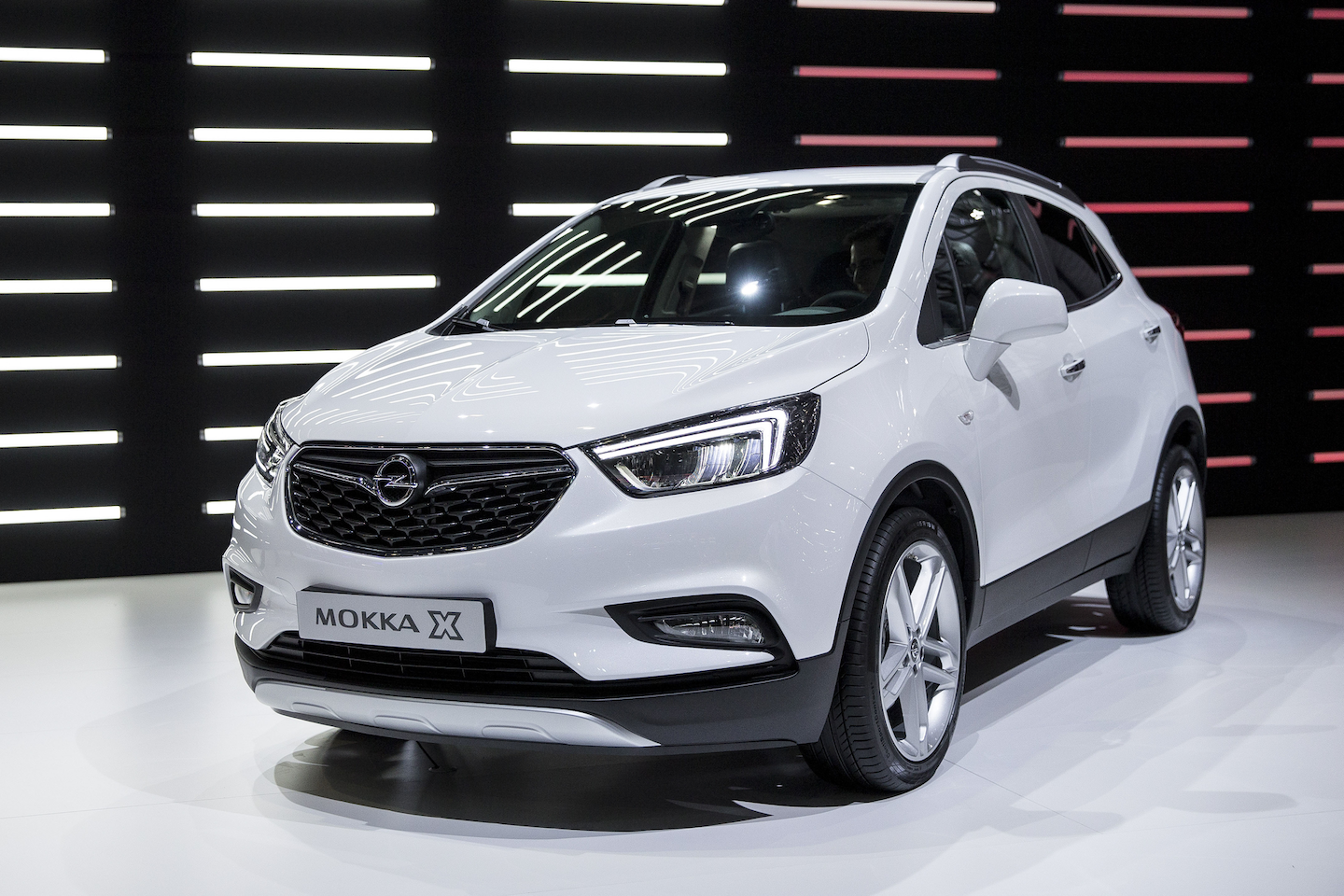 "We know that we are the brand that attracts a lot of attention — and we have to live with that," he said. Some 11 million vehicles worldwide are affected by the emissions scandal.

With the industry and the global economy in flux, executives were cautious about the outlook for sales this year.

Renault-Nissan CEO Carlos Ghosn said markets growing more strongly than expected, such as Europe, would be offset by double-digit drops in Russia and flat growth in Japan. "Which means that it will look like 2015" this year, and that the company would be more cautious about investment in weaker markets. BMW's Krueger foresaw low single-digit growth in Europe and China.

Daimler AG touted a new diesel engine, despite the extra scrutiny diesel has come under since the Volkswagen emissions scandal. 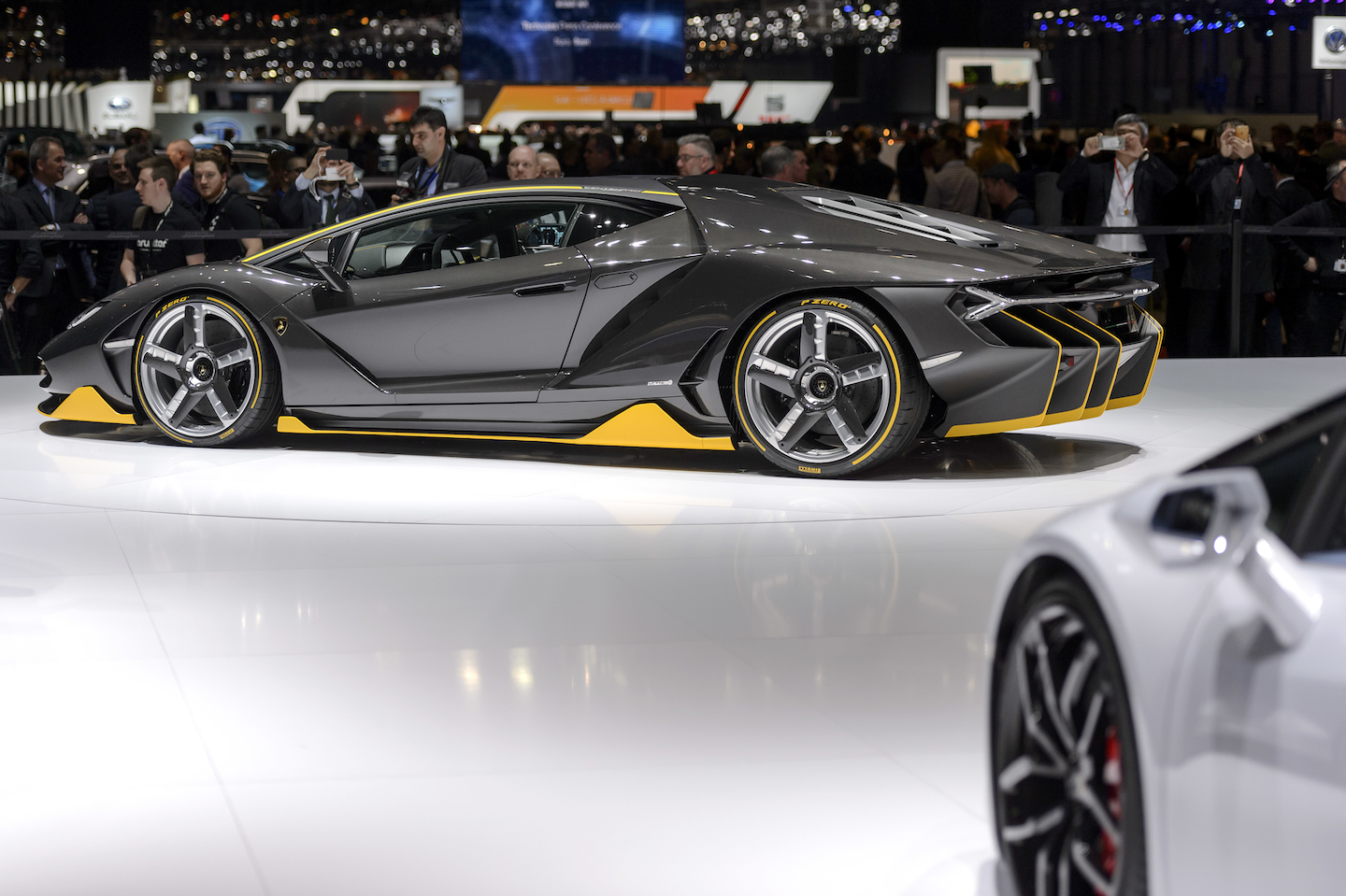 CEO Dieter Zetsche argued diesel engines are not on the way out. Their lower CO2 emissions make them a practical way to achieve government mandated emissions goals in Europe, where high fuel prices help make diesels are much more popular.

He said Daimler sees two roads toward autonomous driving, in which the car's computers and sensors enable it to stay within lanes and avoid other vehicles and pedestrians, "one being a more evolutionary one" in which automation is gradually added. The other path is completely autonomous driving in limited areas, which then expands.

SUVs and eye-catching, high end sports cars were a common theme on the display stands. Volkswagen's Bugatti unveiled the Chiron, a 2.4 million-euro ($2.6 million) sports car with a top speed of 420 kph (261 mph). Orders have already been taken for a third of production, which is limited to 500 vehicles.