This could potentially be a natural solution for how to prevent drones from flying over high-security or otherwise regulated areas. 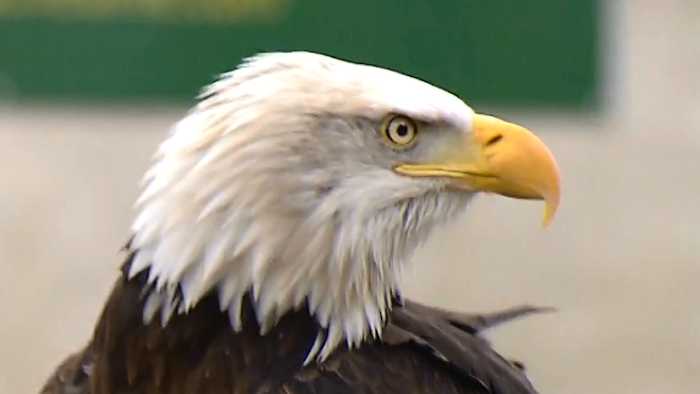 This bald eagle was one of the birds used in the Jan. 31 demonstration. (Image credit: Dutch National Police)

The Dutch National Police are training eagles to pick drones out of the sky.

In a press release from Jan. 31, the National Police and private raptor training company Guard From Above collaborated on testing whether they should bring birds of prey in to deal with pesky flying robots.

The eagles in the demonstration went after drones just like they would a bird or a lure, and naturally brought their target to the ground and leaned over it in order to protect it from other predators.

This could potentially be a natural solution for how to prevent drones from flying over high-security or otherwise regulated areas. The press release mentions that the police might need to knock drones out of the way of an air ambulance, or deal with camera drones that could fail and fall during public events. The issue of moving drones safely out of airspace is tricky: in the United States, the nonprofit Mitre Corporation offered a $100,000 prize for a system that could recover captured drones and carry them far away from civilian infrastructure.

It can be difficult to determine how a drone is being controlled electronically, the Dutch police said, so they’re skipping that part entirely, and just using the eagles’ talons to physically snatch the drone out of the air.

The eagles used in the demonstration were specially trained to hunt drones, but what they do isn’t very different from the way eagles hunt in the wild.

Several English-language articles that covered the Dutch video said the drone-hunting eagles might eventually come equipped with some kind of armor or other protection for their feet, since rotor blades on larger drones could still cause some damage.

This bald eagle was one of the birds used in the Jan. 31 demonstration. (Image credit: Dutch National Police)

The demonstration in the video is just one part of what will be a months-long process to decide whether eagles are an appropriate drone-prevention method for the Dutch police. The police are also investigating various other electronic and physical solutions.

If so, weaponized raptors might be on the hunt for robots in Denmark – and some member of the police force is going to have the world’s coolest job.