Should Soldiers Be Allowed To Use Smartwatches?

The Army is looking into new regulations as smartwatches become more popular. 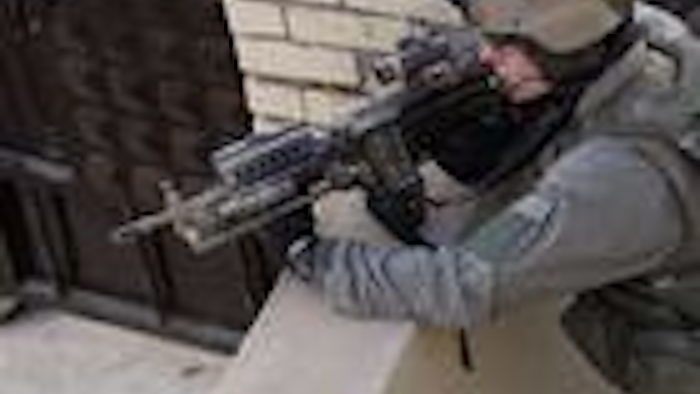 Soldiers may be able to get around strict cell phone regulations by glancing at their smartwatches instead, but according to a recent report, the military may be cracking down with new rules in response to the increasingly popular technology.

U.S. News reports that the Army is looking in to what new regulations will need to be in place as smartwatches become more common. Soldiers are allowed to wear one wristwatch, as well as an ID bracelet and no more than two rings.

While smart technology could be (and is presently used for) situational awareness on the battlefield, the wearing of smartwatches also makes a difference in how soldiers are allowed to act in uniform when they aren’t on the battlefield.

At present, soldiers aren’t allowed to use cell phones while they are walking. This is especially important because nothing should prevent a soldier from saluting a superior officer who may happen to be in the vicinity. There are penalties for using a cell phone, but none yet for using smartphones.

It’s uncertain whether a trendy wearable like the Apple Watch would be more or less distracting than a cell phone. The watches must still be paired with phones, after all. Is a soldier looking at a text message on his or her wrist more or less distracted than one looking at a cell phone’s screen? Could a smartwatch’s fitness tracking capabilities be used to augment military life? That may be likely, but so far, soldiers who want to use smartwatches in uniform are entering a gray area of regulation.