iPhone And iPad Supplier Exploits and Endangers Safety of 20,000 Workers

A factory in Suqian, China that makes iPhone and iPad parts was found to have a number of serious health and safety, environmental, and human rights violations, as was revealed in a new investigative report.  The investigation was conducted in August 2014 and released... 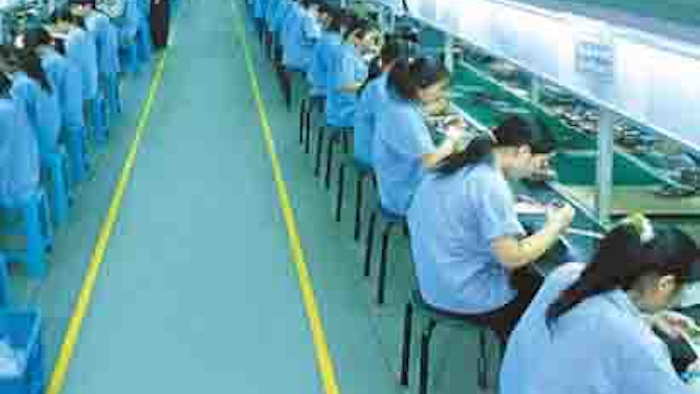 A factory in Suqian, China that makes iPhone and iPad parts was found to have a number of serious health and safety, environmental, and human rights violations, as was revealed in a new investigative report.  The investigation was conducted in August 2014 and released today by the non-profit organizations China Labor Watch (CLW) and Green America, less than one week before the anticipated iPhone 6 release. Catcher, the investigated factory; manufactures metal iPad covers and other parts for fifth generation iPhones. During the investigation, 500 to 600 workers from Catcher Sujian were transferred to the factory’s sister location in Taizhou to work on the iPhone 6.

CLW investigated this factory in April 2013 and found many of the same violations. At that time, CLW reported its findings to Apple privately, after which Apple committed to reforming some of the problems.  The new report demonstrates that in the 16 months since the investigation, Apple has not made progress with this supplier to improve conditions for its workers. In spite of Apple’s supplier code of conduct and commitments to prevent these violations, more than a year later, they persist.

Catcher Technology Co., Ltd. Suqian is operated by Taiwan-based Catcher Technology.  The factory is located in Suqian, Jiangsu, China and employs roughly 20,000 workers.  In addition to producing components for Apple, it contracts with Dell, Hewlett-Packard (HP), Lenovo, Sony, HTC, Motorola, and other well-known international brands. This factory is not one of Apple’s 18 Final Assembly Plants in China, and therefore is not one of the facilities where Apple has recently committed to a policy to ban the use of benzene and n-hexane in manufacturing.

* Significant amounts of aluminum-magnesium alloy shreddings on the floor and dust particles in the air (this dust is both flammable and combustible).  Lack of proper ventilation poses a health and fire safety risk

* Inadequate personal protective equipment (PPE) for handling toxic materials, such as metal cutting fluids.  Skin is exposed directly to these toxins and there are no ventilator masks

* Locked safety exits.  There is no means of rapid egress if there is a fire or explosion.

* Workers have not participated in fire drills in the past year

* A lack of safety training for workers

* Dumping of industrial fluids and waste into groundwater and  nearby rivers

* Many student workers (16-18 years old) are employed in the same positions as adults, 10+ hour days

* Excessive hours for all workers, including student interns

* Forced overtime.  Workers are not allowed to turn down requests to work overtime

* An estimated 6 hours of unpaid overtime per worker per month (Roughly $290,000 in owed wages for all employees)

* Hiring discrimination based on age and presence of tattoos

The full report can be read on Green America’s website.

These findings are in violation of Chinese law and Apple’s Supplier Code of Conduct.  Apple has been aware of the problems at this factory since at least April 2013.

“The health and safety violations found in this factory two years in a row are startling,” said Elizabeth O’Connell, campaigns director at Green America. “The lack of fire drill training and locked safety exits are inexcusable in a work environment that requires the handling of flammable materials. Additionally, the lack of safety training in this facility and improper handling of hazardous materials contributes to the risk of life-threatening emergencies.”

“CLW’s investigation exposed more than 20 legal and ethical violations at the Catcher factory,” said Kevin Slaten, program coordinator at CLW. “Workers must take mandatory overtime, laboring on their feet for more than 10 hours a day, six days a week, and they are not even paid for all of that overtime work. This is exploitation by the factory and Apple for the sake of profit maximization.”

“The investigation of Catcher Technology raises serious concerns around working conditions in Apple’s second-tier supplier factories,” stated Todd Larsen, corporate responsibility director for Green America. “We knew that we needed to make this information public to encourage Apple to take immediate next steps in addressing toxins and unsafe working conditions in their factories as Apple continues to ramp up production of the iPhone 6.  Last month, Apple announced several commitments to protect workers in its first-tier factories from benzene and n-hexane, and now it needs to build on those commitments to address workers farther down its supply chain.”

Li Qiang, CLW’s executive director, said “Last year, CLW shared our investigative results with Apple, and the company said that it would correct the safety and labor rights violations at Catcher. But after all of this time, nothing has changed. This time, we are making our findings public, in an effort to reduce the exploitation of Chinese workers making Apple’s products.”

In August 2014, Apple took action to ban benzene and n-hexane at its final assembly factories.  That step took place in response to receiving 23,000 comments from consumers through Green America’s "Bad Apple: End Smartphone Sweatshops" campaign, and in response to over one million people viewing the film “Who Pays the Price?: The Human Cost of Electronics,” by filmmakers Heather White and Lynn Zhang, that documents the widespread toxics exposures in the electronics industry.

Green America and CLW call on Apple to do what is necessary to ensure that workers making Apple products are treated according to law and Apple’s own social responsibility commitments, including workers’ healthy and safe working environment. Consumers are encouraged to reach out to Apple to take further action to protect vulnerable workers.