A new ridesharing service has an unlikely ally in its quest to enter the package delivery marketplace: Waffle House. The iconic Southern breakfast chain will serve as the first official pickup location for drivers using the Roadie app. Roadie, launched late last month by... 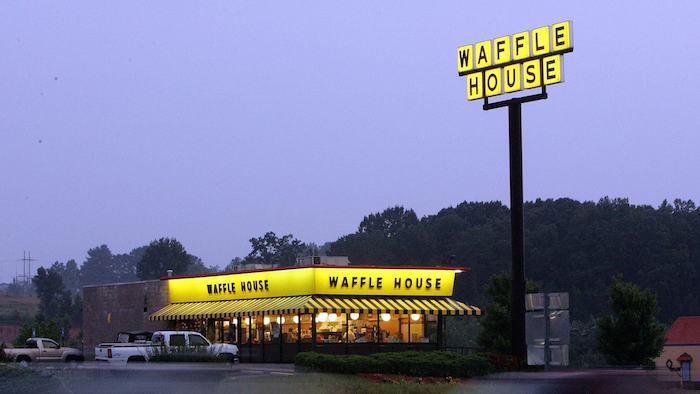 A new ridesharing service has an unlikely ally in its quest to enter the package delivery marketplace: Waffle House.

The iconic Southern breakfast chain will serve as the first official pickup location for drivers using the Roadie app.

Roadie, launched late last month by tech entrepreneur Marc Gorlin, allows customers to connect with drivers in a manner similar to Uber and Lyft. Instead of transporting passengers for an agreed-upon fee, however, Roadie drivers would move packages.

The model would ostensibly rely on drivers already taking road trips that are looking to make extra money en route.
“These are people who are just taking stuff where they were already going to go,” Gorlin said ahead of the app's debut.

Roadie's marketing initially focused on 10 states in the southeastern U.S. with most packages moving from door to door. Moving forward, the company hopes to build a network of locations where shippers and drivers can conveniently connect.

The first such "Roadie Roadhouses" will be the 1,750 Waffle House locations across 25 states, most in the South. The promotion includes a free waffle when drivers download the Roadie app and a free drink following a delivery.

Waffle House officials called the company's new role "a natural extension of what our restaurants are right now."

"We’re kind of a meeting place, a gathering place for people in the community now," said Pat Warner, Waffle House's Vice President of Culture. "We’re along the interstate, so a lot of people use us as landmarks and meeting places already."

The Roadie model, if successful, would cut into the market share of delivery giants UPS and FedEx, along with the U.S. Postal Service. UPS, however, was one of several initial investors in the company, a list that also included Arkansas investment banker Warren Stephens and investment firm TomorrowVentures.

“All these things are a longshot,” Stephens said. “But I think the concept is so simple that it’s got a chance to work.”