Because printed circuit boards are so versatile, even minute changes to consumer trends and emerging technologies can have an impact on the PCB market — including how they’re used and manufactured. 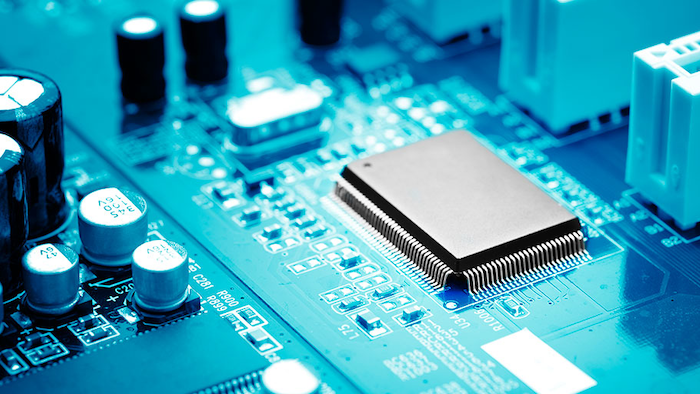 Because printed circuit boards are so versatile, even minute changes to consumer trends and emerging technologies can have an impact on the PCB market — including how they’re used and manufactured.

Although there are likely to be many more in time, the following are four of the major tech trends expected to keep the PCB market on its toes for a long time to come.

No. 1 - High-Density Interconnect and Miniaturization

Some of you reading this may have done work in your lifetime on computers that occupied entire walls. These days, even calculator watches have orders of magnitude with more computing power than those behemoths — to say nothing of smartphones.

Manufacturing as a whole is in the eye of a whirlwind of innovation right now, much of it performed in service of miniaturization. Our computers have gotten smaller, but so has everything else.

Since PCBs are a critical foundational component in consumer-level goods — what doesn’t have a computer in it these days? — PCBs must also relentlessly pursue miniaturization.

In the PCB market, specifically, this means high-density interconnect technology. Additional refinements in HDI technology will further reduce PCB size — down to .4 mm in the near future — and touch a dizzying number of neighboring industries and goods in the process.

No. 2 - Advanced Materials and Greener Manufacturing

PCBs are a product like any other. Well — not quite like any other, but they’re still susceptible to some very real influence from political, climatic and social pressures. To put it more simply, PCB manufacturing processes need to keep up with the rest of civilization’s mad dash toward cleaner and more sustainable production.

In fact, PCB manufacturers are and always have been in the hot seat when it comes to the crossroads of legislation and industry standards. As an example, the introduction — or, rather, the required rollout of — lead-free solder required more energy-intensive manufacturing processes. The industry has since been forced to find a new equilibrium.

In other ways, PCBs have been ahead of the curve. Traditionally, PCBs are created using fiberglass as a substrate, which is viewed by most as a relatively environmentally friendly material. Additional advancements might see fiberglass give way to materials better-suited for a high rate of data transfer — such as resin-coated copper and liquid crystal polymer.

This tick-tock of social need versus what’s convenient for production and business will likely become a new norm as manufacturing efforts of all types continue to reconcile their footprint with a changing planet.

No. 3 - Wearables and Ubiquitous Computing

We’ve already touched briefly on the technological fundamentals of PCB technology and how they allow for greater complexity on thinner boards, but let’s put that concept into practice. PCBs lose thickness and gain functionality each year because they can, certainly, but also because we have lots of practical applications for ever-smaller boards.

Consumer electronics as a whole have been a significant driver of PCB manufacturing and use over the last few decades. Now that wearables have entered that field and begun to come of age as a credible consumer-level product type, PCBs will be there right alongside.

Wearable technologies require printed circuit boards just as smartphones do, but they take things one step further. They emphasize efficiency of design to a degree not remotely possible with yesterday’s technologies.

The introduction of modern digital technology to medicine has been one of the greatest developments in recent human history. We’re still waiting on legislation to catch up in some parts of the developed world, but technology now means we can securely store patient records in the cloud and administer health care by app and smartphone.

However, the rapid development of medicinal technologies also influences PCBs — and vice-versa — in some extremely interesting ways. Board cameras are a new development that allow for even extremely high-fidelity cameras to be affixed to a PCB itself. The implications in medicine are enormous: When cameras need to be inserted into, swallowed by or otherwise introduced to a human body, the smaller they are, the better. Yes — some board cameras are small enough to be swallowed.

As for public oversight, board cameras and smaller PCBs assist there as well. Dash and vest cams have demonstrated usefulness in shedding light on police brutality, for example, and a host of consumer technologies has arisen to answer that need. Lots of popular mobile accessory companies are exploring ways to provide ever-smaller and less obtrusive dashboard cameras for motorists, up to and including connected hubs to interface with your phone as you drive.

It’s a fascinating commingling of new consumer technologies, advancements in medicine, breakthroughs in manufacturing and intense political flashpoints. Incredibly, PCBs are at the heart of it all.

As you can probably tell, that means it’s an exciting time to be in this field.

What other technological marvels will blow the lid off the PCB market in the future? Keep yourself tuned in to find out.