As more industrial leaders look to connect their machines in order to optimize their usage, the last thing they need is just another step counter. 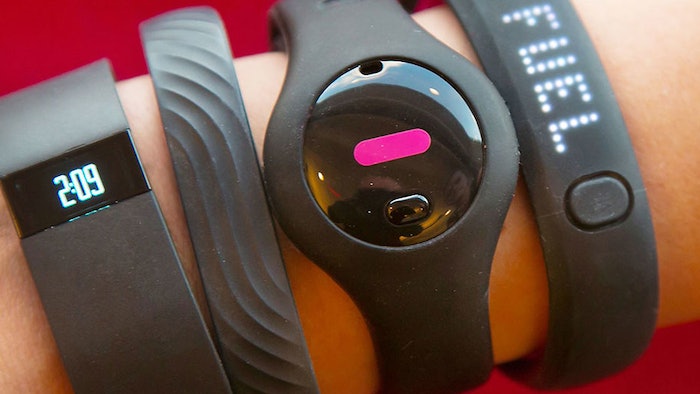 Being the “Fitbit for machines” is a claim that companies have begun throwing around lately.  While the initial idea seems productive, Fitbit only measures operational metrics — steps — and not the health of your entire body. While operational metrics are comforting, it is dangerous to accept them as gospel, as the “Fitbit for machines” trope implies.

My father-in-law found out the hard way (unfortunately, this is a true story) that operational metrics only represent a fraction of what’s really going on. He had a Fitbit and loved it. He wore it everyday for two years straight. One day he felt a bit weak and called his doctor, who asked several questions and decided to bring him in for further tests. Two days later, he underwent triple bypass surgery.

While his story has a happy ending, as he now actually feels better than ever, it brings into question the metrics that Fitbit operates on in regards to identifying health and wellness. The mistake my father-in-law made was in assuming that counting steps would keep him healthy and out of the hospital. Because he relied on a single metric as the indicator for his whole body, he couldn’t see and interpret other signs that might have prevented the surgery, or diminished its intensity.

The industrial sector, powered by the Industrial Internet of Things (IIoT), faces a similar quandary. As more industrial leaders look to connect their machines in order to optimize their usage, the last thing they need is just another step counter. Instead, they need the heart surgeon that makes decisions based on experience and advanced technologies like doppler, heart echo, cardiac catheterization and CT scans. Predictive Maintenance (PdM), the holy grail of the IIoT, derives its real value from understanding a machine’s condition in real-time, and intervening right before it breaks. Leaders who wire together systems believing that operational metrics represent the big picture risk burying themselves in operational expenditures and missing the real value proposition of IIoT.

The main problem with Fitbit is that it tracks the wrong information — operational data. And as my father-in-law proved, operational data, which in the business world would be considered a vanity metric, can be misleading. In the world of machines, operational data might be fuel consumption, working hours or operating times.

Companies that are adopting IIoT are rightfully elated to replace handwritten operational reports with metrics that are captured automatically. This initial implementation saves time, effort and ultimately the overhead associated with having people do all the data work. The problem is that operational metrics are still lagging indicators. What really generates ROI are leading indicators that offer root cause analysis.

It is tempting to analyze operational data in order to predict mechanical malfunctions, and more and more companies are doing so. It is true that if a machine suddenly starts to consume more energy than it used to, there probably is an underlying malfunction. At this stage however, it’s already too late — the malfunction already happened (hence, lagging indicators).

If one wants to truly predict an upcoming failure, they need to be on the machine with access to mechanical data — temperature, ultrasonic emission and vibration, to name a few. Such data is harder to collect and analyze, because it requires physical access to the machines for sensor installation. To draw a medical parallel, it is the equivalent of imaging the interior of someone’s arteries instead of measuring their pulse (the operational metric).

The analysis is also quite different — applying a generic anomaly detection algorithm on operational data to generate alerts can be a fairly simple process. Whereas working with mechanical data for predicting malfunctions is more akin to speech recognition — it requires deep domain expertise and a large data set.

The Next Step: Continuous Monitoring

The reason for this migration to predictive is the same for everyone: The more severe a problem is, the costlier it is to fix. Anyone who uses PdM to solve problems before they become severe will over time save thousands to millions of dollars in capital expenditures. As the industrial sector continues to embrace the IIoT and procure software associated with monitoring machines, it is critical to keep predictive diagnostics capabilities in mind, or risk over relying on vanity operational metrics and expensively retracing steps in a few years.

Where Does This Leave Us?

In the case of my father-in-law, tracking steps didn’t help him avoid open heart surgery. Perhaps if he had true continuous monitoring, based on the signals that matter and not just vanity metrics, he could have been treated in time and prevented the complications that led to his surgery. When it comes to machines, advanced diagnostics which are necessary for true PdM, not “Fitbit for machines,” are what will power success for anyone adopting the IIoT.

Saar Yoskovitz is Co-Founder and CEO of Augury.