Buddy Bots: These Robots Will Free Us From Dull, Dirty And Dangerous Labor

The Guardians and similar machines are in the vanguard of a growing fleet of robots taking on tasks classified as the “three D’s”: dirty, dull and dangerous. 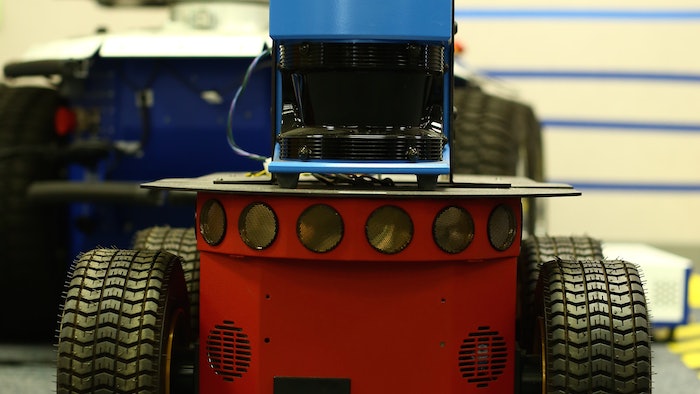 He’s a coworker unlike any other — not afraid to wade into dangerous situations, take on boring tasks for hours on end and answer obscure maintenance questions you may have. “He” is really an it, a robot called the Guardian. It’s part of a system of airborne, sea-and-land-based robots GE is developing to autonomously check locomotives and other industrial assets for damage, unusually high temperatures and other abnormalities. They are trained to raise the red flag when they see something amiss.

The Guardians and similar machines are in the vanguard of a growing fleet of robots taking on tasks classified as the “three D’s”: dirty, dull and dangerous. Some are built like snakes to crawl through pipelines and big machinery and inspect their guts. Others swim through irradiated nuclear reactor pools, look for damage and keep vessel surfaces clean. Yet another variety is taking to the air, flying around refineries and inspecting flare stacks.

No wonder many automation experts believe the world is entering a new era of industrial robotics. According to them, smart, mobile, collaborative machines are about to change the face of work. They see a future at hand where technicians, miners, plant workers, first responders, scientists and others are standing shoulder to shoulder with machines built to learn from human colleagues how to complete a new task, ask for help when they encounter a problem and perform assignments on their own or with teammates.

“Robots are the next great industrial tool, and the human-robot collaborative team is where we’re heading,” says John Lizzi, who heads GE’s research lab on distributed intelligent systems. “The technology is already disruptive today, and it will become more transformational in the next five to 10 years as machine perception improves.”

This week, Lizzi and his team convened a meeting of the world’s leading roboticists at GE’s Global Research Center in Niskayuna, New York. Among those speaking were Rodney Brooks, the founder, chairman and chief technology officer of Rethink Robotics; Chia-Peng Day, Foxconn’s robotics chief; and Red Whittaker, a prominent Carnegie Mellon University researcher who has been instrumental in putting robots to work in space, mines and cars. The summit’s goal was to take the pulse of the quickly evolving field and outline where industrial automation was heading.

The term “industrial robots” conjures images of big and powerful arms welding chassis and installing windshields on automotive lines. But these mechanical brutes that found work because of their unwavering strength and ability to pick something up, complete a task and put it back down in precisely the right spot every time. “For 40 years we’ve been making robot arms based on those of humans — just better, faster and stronger,” says Erik Nieves, the founder and CEO of startup PlusOne Robotics, who spoke at the summit. “But robots can be more than just better versions of the human arm.”

Nieves and other engineers see plenty of room for improvement. Most of today’s robots are programmed to complete a very specific and narrow set of actions. They require time consuming reprogramming from an expert to do something new. Although they’re strong and quick, they are also mostly  blind to the world around them and a potential danger to humans working near them. That’s why they have to be penned in and bolted to the floor. Future robots, experts say, will need more brains to go along with robot brawn.

The good news is that advances in artificial intelligence and the decreasing cost and size of powerful processors and sensors are opening new horizons for robot capabilities. Roland Menassa, the leader of GE’s Advanced Manufacturing and Software Technology Center, says the revolution really got off the ground in 2011, when Rethink Robotics’ Baxter, the first commercially available collaborative robot, started working. Baxter was a machine with a friendly face whose swinging arms stopped as soon as they hit something unexpected. To reprogram it didn’t require a specialist. An employee who could show Baxter what to do by moving its arms along the path they needed to go.

Menassa, who played a part in building Robonaut, the NASA humanoid robot that is currently vacuuming and pressing buttons aboard the International Space Station, says robots like Baxter are ushering in a new robotic future. “Typically, robots are intimidating to people,” he says. “But people love these new collaborative robots because they can get close to them — the robot becomes a tool in their toolbox.”

Jim Lawton, chief marketing officer of Rethink Robotics, agrees. “If we want to move on, we have to start asking different questions about automation,” he told GE Reports. “We need to free robots from their cages.”