New anchor ideal for protecting historic buildings in areas of high seismic activity CINTEC International, a world leader in the field of structural masonry retrofit strengthening, repair, and preservation, announces that it has developed a new type of dissipative wall anchor. The new anchor solves the issues of how to protect heritage buildings in some of the most earthquake-prone parts ... 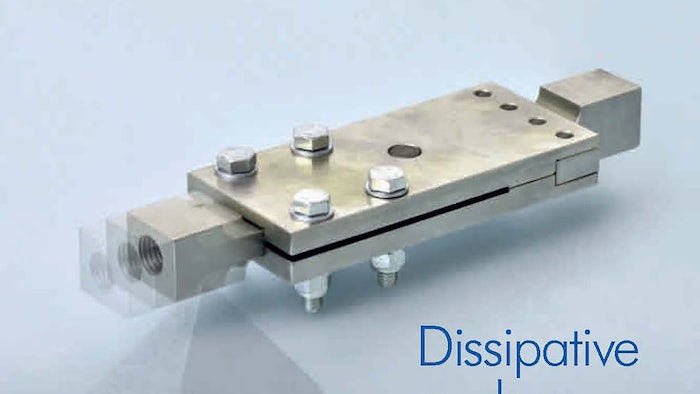 CINTEC International, a world leader in the field of structural masonry retrofit strengthening, repair, and preservation, announces that it has developed a new type of dissipative wall anchor. The new anchor solves the issues of how to protect heritage buildings in some of the most earthquake-prone parts of the world.
This new product is an innovative dissipative anchor designed for use with Cintec’s proven wall anchor system.
“We believe that this anchor is a major breakthrough in further protecting the world’s iconic buildings, especially in areas of high seismic activity,” said Peter James, Managing Director of Cintec International. “This anchor has been four years in development within the NIKER program. It has undergone extensive testing at Bath University, and in Italy.”
The standard Cintec anchor system consists of a stainless steel anchor body encapsulated in a fabric sock. Diamond holes are drilled into the building and each anchor is placed in a hole. A specialized grout in pumped to the far end of the anchor, filling from back to front until the entire sock is inflated like a balloon. After the anchor has been inflated, the walls have been securely strengthened without affecting the outside appearance of the building.
For buildings subject to regular earthquake activity, there is a possibility of pull-out damage at the anchorage head. The new anchor solves this problem by allowing for small amounts of movement through a sliding mechanism.
The Cintec dissipative anchor consists of a set of stainless steel plates to which four bolts apply pressure, creating friction to an adjustable degree. There are built-in stops to restrict the sliding motion, and connectors that link to Cintec’s standard anchor rods. The anchor allows a controlled and repairable drift for the walls, managing the amount of seismic energy fed into the structure and therefore minimizing damage to the building.
The development of this anchor resulted from Cintec’s involvement with the European NIKER project. In 2011, Cintec was chosen as the only British commercial company to actively participate in this project, the aim of which was to protect the artistic value of cultural heritage sites from earthquake-induced damage. Cintec has been working in collaboration with the University of Bath to create and test the dissipative anchor since then, and has now patented the finished product.
Cintec anchors have been used to strengthen and restore historically significant structures around the globe, including Egypt’s pyramids, Windsor Castle, and even the White House.
###
About CINTEC
CINTEC International is a world leader in the field of structural masonry retrofit strengthening, repair, and preservation. CINTEC America of Baltimore, MD, has associated offices in Newport, Wales, UK; Newcastle, Australia; Ottawa, Canada and in India.
The principal activity of the company is the design and manufacture of the CINTEC Reinforcing Anchor System, a micro cement anchoring and reinforcing technique. CINTEC offers complete structural analysis and design services, turn-key solutions, as well as masonry repair and reinforcement anchors used for blast protection, seismic reinforcement, historic preservation and overall building strengthening.
CINTEC was awarded the 2002 Queen’s Award for Enterprise in Innovation and received two U.K. Historic Bridge Awards and an Engineering Excellence Award from The Institution of Engineers, Australia
For more information, call 1-800-363-6066; fax: 1 800.461.1862;