One of his companies had originally built much of the section where the collapse occurred. 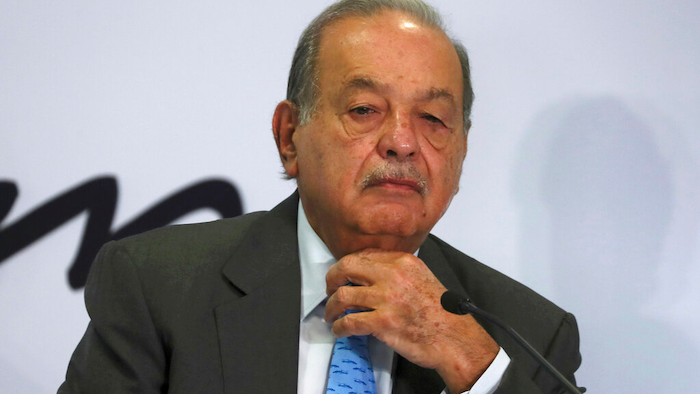 López Obrador said telecom and construction magnate Carlos Slim has promised to pay for the rebuilding out of his own pocket and have it back in service in a year. One of his companies had originally built much of the section where the collapse occurred.

“He is going to take charge of rebuilding the whole stretch, being careful to ensure it is safe enough, without any cost to the public,” the president said.

“He is going to pay for everything, he promised,” López Obrador said. “He is not going to wait for the legal question (to be resolved), so that it can be back up and working for the benifit of the public again in one year.”

One of Slim’s companies largely built the troubled section of the Line 12 subway. Slim has denied there were construction defects, but a study by an outside certification company cited poor welds in studs that joined steel support beams to a concrete layer supporting the track bed.

The city government hired Norwegian certification firm DNV to study the possible causes of the May 3 accident, in which a span of the elevated line buckled to the ground, dragging down two subway cars.

The report said there were apparently not enough studs, and the concrete poured over them may have been defective; the welds between stretches of steel beams also appear to have been badly done.

The existence of construction defects when the line was built between 2010 and 2012 could be a major blow to Slim and to the political career of Mexico’s top diplomat, Marcelo Ebrard, who was mayor at the time.

Another round of studies is to be carried out, and a criminal investigation has not yet resulted in any charges.

For almost a decade, there have been reports that the project was rushed to completion so the Number 12 subway line could be inaugurated by Ebrard, the current foreign relations secretary, before he left office as mayor in 2012.

The collapse was also embarrassing for Slim, currently Mexico’s richest man and once the world’s wealthiest. Slim is an engineer by training and his firms are currently involved in building some parts of the controversial Maya Train project, which will circle the Yucatan Peninsula.

Any suggestions his firm did shoddy work on the subway would be a serious blow to his reputation as a sort of elder statesman of the Mexican business community.

Since the May accident, much of the line has been closed. The elevated portion of the tracks rise about 16 feet (5 meters) above a median strip and roadway in the poor southern borough of Tlahuac. Slender, reinforced concrete columns are topped by horizontal steel beams, which in turn support concrete track beds on which gravel, railway ties and tracks are laid.

Mexico City’s subway, which serves 4.6 million riders a day, has never had the one thing it needs most: money. With ticket prices stuck at 25 cents per ride, one of the lowest rates in the world, the system has never come close to paying its own costs, and depends on massive government subsidies.