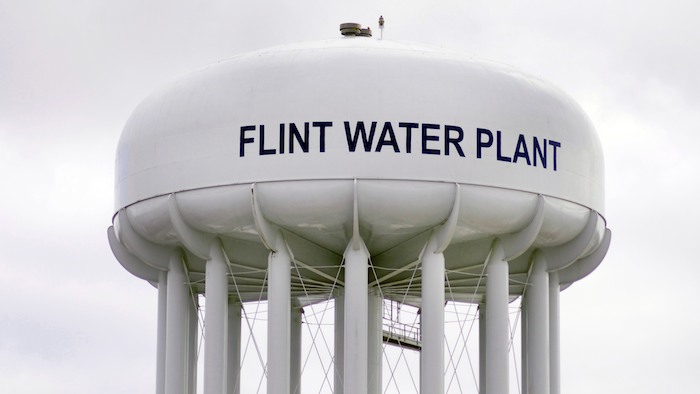 DETROIT (AP) — Flint's water scandal remains under criminal investigation, prosecutors said Friday, pointing out a “misconception” that time soon will expire for any charges to be filed.

The Michigan attorney general's office last June dropped charges against eight people and said it was starting from scratch. Next week is the six-year anniversary of the disastrous decision to distribute corrosive water from the Flint River without properly treating it, a step that caused lead to break off from old pipes.

There is a six-year limit under Michigan law to pursue certain crimes. But Wayne County prosecutor Kym Worthy and state attorney Fadwa Hammoud said time still is on their side.

“We want to correct the misconception that April 25, 2020 is the deadline to bring charges against those who may be criminally liable,” they said in a written statement. "Criminal statutes of limitations vary depending on the offense and the date of the alleged criminal act.

“Though we cannot comment on the specifics of our investigation, we remain on track, and we are delivering on our commitment to the people of Flint,” Worthy and Hammoud said.

Besides lead in the water, experts believe bacteria in the system caused an outbreak of Legionnaires' disease in Genesee County. Flint returned to a regional water system in 2015. The city's water meets federal standards, according to state regulators, although some residents still don't trust it and use bottled water.

After her election in 2018, Attorney General Dana Nessel put Hammoud in charge of the criminal investigation. Hammoud eventually dismissed special prosecutor Todd Flood and accused him of mishandling the production of records and other evidence collected from state agencies.

Under Flood, seven of 15 people pleaded no contest to misdemeanors, although the deals carried an assurance that their records would be wiped clean after a certain period.