Altria, the maker of Marlboro cigarettes, did not say if the 56-year-old Willard's retirement was related to his illness. 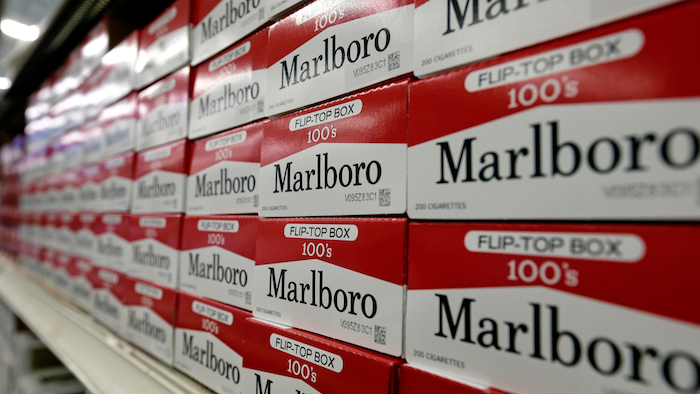 This June 14, 2018, file photo shows cartons of Marlboro cigarettes on the shelves at JR outlet in Burlington, N.C.
Associated Press

NEW YORK (AP) — Altria Group says that Chairman and CEO Howard Willard, who was recovering from COVID-19, has retired. Altria, the maker of Marlboro cigarettes, did not say if the 56-year-old Willard's retirement was related to his illness. The company said Willard, whose career spanned 28 years at the company, decided to retire.

The board of directors credited Willard for guiding the company as it transitions away from traditional cigarettes into non-combustibles. Late in 2018, Richmond, Virginia-based Altria discontinued its own e-cigarette line and bought a 35% stake in Juul Labs. U.S. regulators are suing to break up that multi-billion deal, saying the partnership was effectively an agreement not to compete in the U.S. vaping market.

Sales of Juul have been in decline in recent months as the company finds itself under state and federal investigations, lawsuits and flavor restrictions aimed at curbing underage vaping.

The board also decided to separate the roles of chairman and CEO. Thomas Farrell, formerly the board's independent presiding director, was named the new independent chairman.