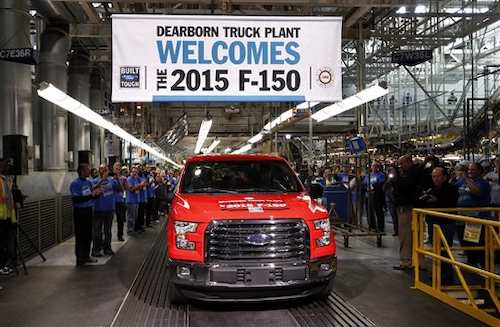 The Ford Service Delivery Network will run on Microsoft's Azure cloud platform in some 2015 vehicles and company-wide by the end of 2016. It will allow Ford to update vehicle software, including the Sync 3 entertainment system unveiled last year, as new versions become available.

Ford officials also said the system would enable the company to expand the availability of connected services—including remote start, vehicle finder and checking the fuel levels and tire pressure—while enabling the company to compile improved data on how drivers use Ford vehicles.

The cars would update when connected to a Wi-Fi hotspot rather than through a built-in wireless connection.

The announcement represents a move back to Microsoft for Ford, which used BlackBerry's QNX to develop the Sync 3 system after previous versions saw technical problems.