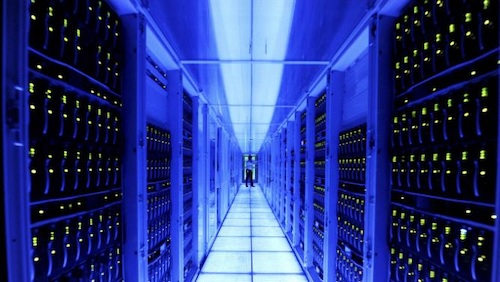 Investors have been growing restless with Amazon's long-term strategy of plowing most of the money it makes into new areas like cloud computing, streaming video and hardware — leading to razor-thin profits or, in this quarter's case, a loss.

Because Amazon had never broken out details on Amazon Web Services before, it wasn't clear if it was operating at a profit or loss. But details released on Thursday show that surging revenue isn't coming at expense of a profit in that business, reassuring investors.

Meanwhile, Amazon shows no sign of slowing down new offerings. In recent months, Amazon introduced Amazon Echo, a Bluetooth speaker that responds to voice commands and Amazon Dash, stand-alone buttons that can be pressed to reorder common household goods like Tide detergent.

It has also rolled out services that help users book travel and hire people to complete household projects. And it's expanding its Amazon Prime Instant Video service for members of its $99 annual Prime loyalty program, including a TV series with Woody Allen.

Amazon Web Services is a suite of products and services offered to businesses by way of the "cloud," remote servers that enable users to access applications on any machine with an Internet connection

Revenue in that business rose 49 percent to $1.57 billion. Meanwhile, total revenue rose to $22.72 billion, above analyst expectations of $22.37 billion.

Amazon Web Services is the biggest player in the public cloud-computing space, 5 or 6 times bigger than its closest competitor, Microsoft's Azure, and Google a distant third, according to analysts.

"What's kept Amazon on top is they've had a relentless approach to innovation, adding 40 to 50 new services a year while still dropping prices constantly," said Forrester analyst David Bartoletti. The company has dropped prices 48 times in the nine years it has been around.

One of its most recent offerings announced in January is WorkMail, which helps run companies email and calendar services. Amazon also makes the different components of Amazon Web Services easy to try for free.

"If they don't work, they can turn them off," he said. "That's the beauty of the cloud."

For the current quarter ending in June, Amazon said it expects revenue in the range of $20.6 billion to $22.8 billion. Analysts surveyed by Zacks had expected revenue of $22.24 billion.