Samsung could pay substantially less to Apple as part of a patent infringement lawsuit after a federal appeals court determined iPhone's overall appearance was not protected. 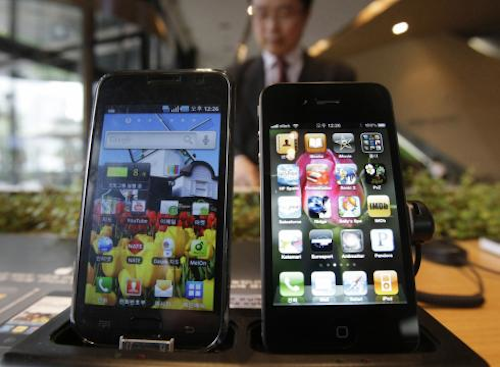 Samsung could pay substantially less to Apple as part of a patent infringement lawsuit after a federal appeals court determined iPhone's overall appearance was not protected.

The U.S. Federal Circuit Court of Appeals on Monday upheld the remaining findings of a 2013 jury verdict, which found that 23 products from Korea-based Samsung violated Apple's patent rights.

The court, however, determined that the verdict's findings regarding the iPhone's design "were not supported by substantial evidence" and returned the case to federal court in California to establish new awards.

The ruling appears to negate $382 million of the overall $930 million the jury originally awarded to California-based Apple.

Monday's order advances one of the two remaining legal fights between the global tech rivals. The other case — also before the D.C.-based Federal Circuit Court of Appeals — concerns allegations that Samsung's Galaxy phones used features patented by Apple.