A new report from the federal Labor Department says the nation's level of "extreme long-term unemployment" remained high in 2014 despite a strong year for hiring. 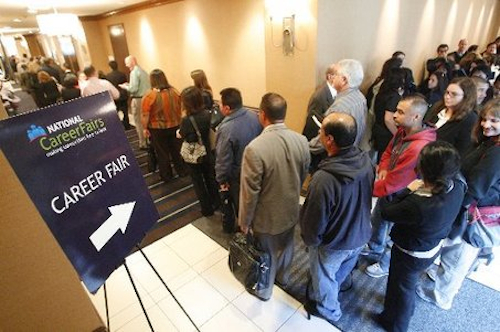 A new report from the federal Labor Department says the nation's level of "extreme long-term unemployment" remained high in 2014 despite a strong year for hiring.

11.4 percent: The analysis by the U.S. Bureau of Labor Statistics said 11.4 percent of unemployed people last year looked for work for at least 99 weeks. The percentage was down compared to the historic high of more than 15 percent in late 2011—in the wake of the Great Recession—but remained above the historical norm.

27 weeks: The bureau defined long-term unemployment at 27 weeks; just more than one-third of unemployed people reached that threshold in 2014, down from the record high of more than 45 percent in the second quarter of 2010.

29.6 percent: The report also said those in service or production jobs were less likely to be long-term unemployed than those in sales jobs, office occupations or management and professional services. The natural resources, construction or maintenance industries had the lowest long-term rate among the unemployed at 29.6 percent last year.

49.2 percent: The District of Columbia reported nearly half of its unemployed population as long-term unemployed, while Florida, Illinois, New Jersey and New Mexico each eclipsed 40 percent. North Dakota, at just over 13 percent, had the lowest rate.