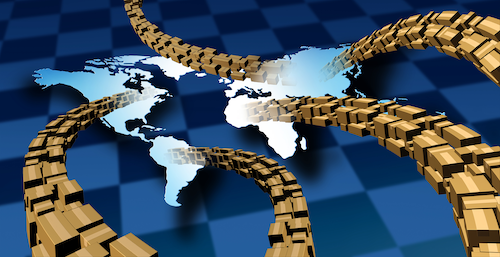 Penske Logistics, the sponsor of the 22nd Annual Surveys of Third-Party Logistics Provider CEOs, said that M&A activity slowed in the wake of the recession in 2008.

The Pennsylvania-based firm, however, said that the pattern shifted last year as ten major acquisitions by 3PLs totaled $18 billion.

The survey — which included 30 CEOs of companies that generated more than $40 billion in 2014 revenue — found that seven of the participants reported significant M&A activity by their companies during the past year.

They attributed the increase to growing pressure to expand services, increase geographic footprints and drive scale in specific markets. Consolidating firms will need to weather significant industry restructuring and navigate brand confusion in some markets, the report said.

This year, meanwhile, respondents expected those large 2014 deals to lead to defensive acquisitions by other firms.

Survey participants also said that online shopping led to significant changes in their industry. In North America, e-commerce accounted for about 12 percent of 3PL revenue, and the survey anticipated that the percentage would climb to nearly 21 percent in three years.

More than 80 percent of the companies surveyed were profitable in 2014, and executives in North America, Europe and Asia each projected growth for their individual companies and their respective regions.

"Last year, the logistics industry experienced one if its best years in many years and 2015 is on-track to be a good year as well," said Penske President Marc Althen.

Analysts added that they did not expect wholesale changes in shipping strategies in the wake of this year's West Coast port gridlock.