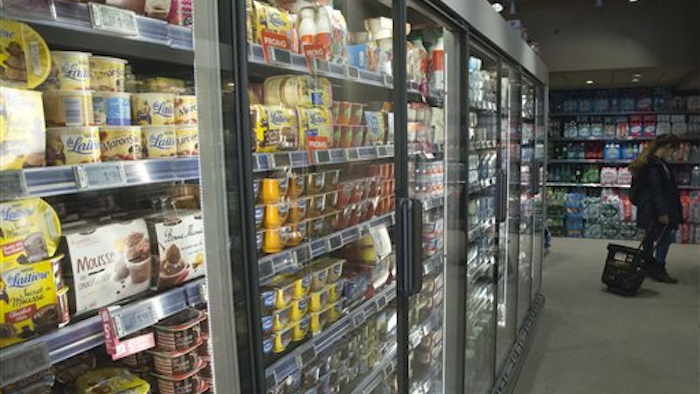 The cartel was uncovered thanks to a special procedure that allows companies to report their own price-fixing activity to regulators in exchange for reduced punishment. Yoplait, majority owned by U.S.-based General Mills Inc., was the first company to report the activity, and was given no fines.

Lactalis said it would appeal the decision, arguing in a statement that the fines "overestimate in an obvious way the gravity of what happened, and their impact on the economy." The company insisted that it is committed to obeying the law.

The ruling found that the companies agreed on how and when to raise prices from 2006 to 2012, and divided up volumes, seriously disturbing the market.

Yogurt executives held a series of secret meetings via dedicated phone numbers and in hotels, a famed Paris cafe and the Left Bank apartment of one of the company directors, it says.