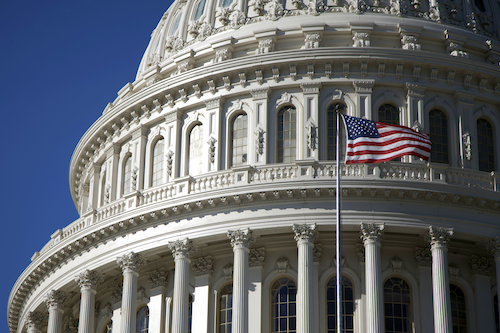 Safety advocates have been urging Congress to prohibit rental car companies, auto dealers and others from renting vehicles that have not been repaired, pointing to several deaths alleged to have been related to unrepaired defects.

"Whether you're visiting Disneyland, New York City or Mount Rushmore, or just need a safer car while your own recalled car is being repaired, you shouldn't have to worry that it's perfectly legal, under federal law, for a rental car company to hand you the keys to a ticking time-bomb car," said Rosemary Shahan, president of Consumers for Auto Reliability and Safety. She said she fears the bill will pre-empt stronger state laws that prohibit the rental of unrepaired vehicles.

Frederick Hill, a committee spokesman, said the bill wouldn't pre-empt state laws. Thune wants to ensure that rental agencies and car dealerships in states where there is no prohibition on renting unrepaired vehicles are required to at least inform consumers of the pending recalls, he said.

The bill includes provisions that would give freight and commuter railroads and Amtrak more time to install positive train control. The technology relies on GPS, wireless radio and computers to monitor train position and automatically stop trains that are in danger of derailing because they're traveling too fast, are about to collide with another train or are about to enter an area where crews are working on tracks.

The National Transportation Safety Board has been urging railroads to adopt the technology, or its predecessors, for more than 40 years. Under legislation passed in 2008, railroads are supposed to have technology installed and operating by the end of this year. But a majority of railroads aren't expected to make that deadline.

Railroads say they've spent billions of dollars on the technology but have been hampered by difficulties obtaining radio spectrum and the complexities of creating systems that will work for all railroads even though operations and computer systems vary significantly by company.

A separate bill introduced by Thune and other commerce committee members earlier this year would have given railroads an additional five to seven years to implement the technology. But support for the measure weakened after an Amtrak train traveling at twice the speed limit derailed in Philadelphia in May, killing eight people and injuring scores of others. NTSB investigators said positive train control — Amtrak had it installed but not yet turned on — would have prevented the crash.

"It's an attempt to fool the American people so that government officials and railroad officials can say something is being done when the reality is it isn't," former NTSB Chairman Jim Hall said.

Hill, the committee spokesman, said the provisions improve safety by requiring each railroad to set milestones and completion dates.