The CEO of the American Egg Board has stepped down earlier than planned, following the release of emails indicating she tried to stop the sale of a vegan mayonnaise at Whole Foods. 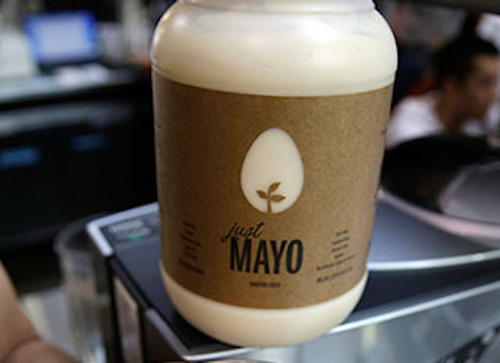 NEW YORK (AP) — The CEO of the American Egg Board has stepped down earlier than planned, following the release of emails indicating she tried to stop the sale of a vegan mayonnaise at Whole Foods.

Joanne Ivy retired at the end of September. Before the release of the emails, the egg board said Ivy would retire Dec. 31.

Ivy and representatives of the egg board, which promotes the industry and is responsible for the "Incredible, Edible Egg" slogan, did not immediately respond to a request for comment. The U.S. Department of Agriculture, which oversees the board, confirmed Ivy's retirement but declined to comment on the reason.

The early departure comes as the USDA investigates the egg board regarding its actions related to Hampton Creek, a San Francisco startup that makes the eggless mayonnaise alternative Just Mayo. On Sept. 2, The Associated Press reported on emails in which Ivy told a consultant that she would "like to accept your offer to make that phone call to keep Just Mayo off Whole Foods shelves."

The request, made in 2013, was not successful, as Just Mayo is still sold at Whole Foods.

The communication nevertheless raised regulatory questions because the egg board is one of about 20 "checkoff" programs overseen by the USDA, making them quasi-governmental bodies. The programs, which include the National Pork Board and the Mushroom Council, are funded by producers and supposed to be promotional.

In a statement regarding its investigation, the USDA said it is "committed to establishing a level playing field that protects and promotes all appropriate agricultural endeavors." It said it did not "condone any efforts to limit competing products in commerce" and that its administrative review would take "some time" to complete.

Other emails by egg board executives illustrated the alarm over the media attention being showered on Hampton Creek, which makes plant-based alternatives to eggs it says are better for the environment. Publicly, egg board executives have sought to play down the company and avoided referring to it by name. Internally, however, the board was getting advice from public relations agency Edelman on how to respond to Hampton Creek.

In one exchange, an Edelman employee alerted the board that Hampton Creek had just challenged it to a bakeoff on Twitter. The employee advised the board not to respond.

It's not the first time checkoff programs have come under scrutiny. In 2012, the USDA's inspector general issued a report saying departmental oversight should be improved.

The emails by egg board executives were obtained through a public records request by Ryan Noah Shapiro, a Freedom of Information Act expert at the Massachusetts Institute of Technology, and his attorney, Jeffrey Light, who specializes in FOIA matters. Shapiro knows Hampton Creek co-founder Josh Balk and provided the documents to the company, which provided them to the AP.

In the meantime, Hampton Creek is dealing with a warning letter from the Food and Drug Administration saying its name violates the federal standard of identity for mayonnaise. The agency said that "mayo" is often understood to be mayonnaise, which is defined as having eggs.

A representative for the FDA said Friday there was no update on the matter.

Hampton Creek CEO Josh Tetrick said the company is scheduled to speak with FDA on the matter in coming weeks, and that he hopes to "find some common ground" with the agency.

The company has retained The Glover Park Group, which describes itself as a strategic communications and government affairs firm. Glover Park says on its website that it helps clients "develop and execute legislative and regulatory strategies to advance their goals in Washington."