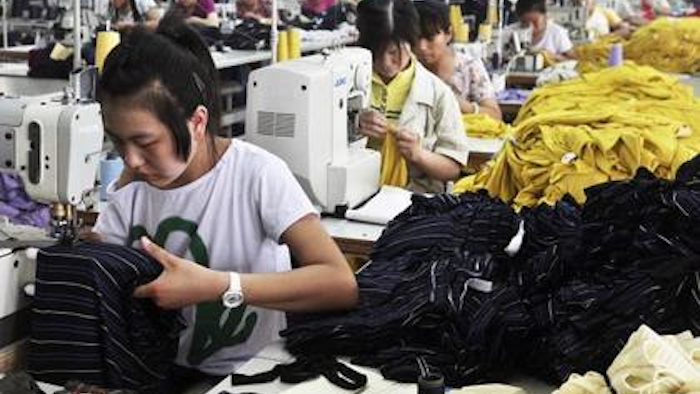 HSBC's manufacturing index based on a survey of factory purchasing managers rose to 50.7 from January's 49.7. It uses a 100-point scale on which numbers above 50 show activity increasing.

Input costs fell, adding to the possibility that already low inflation could tumble into a potentially dangerous bout of deflation.

Consumer inflation fell to just 0.8 percent in January. Wholesale inflation has been in negative territory for two years due to excess production capacity in many industries that has led to price-cutting competition.

Export orders fell for the first time in 10 months.

The China Federation of Logistics and Purchasing PMI edged up to 49.9 after falling to a 28-month low of 49.8 in January.