Nokia Turns To Q1 Profit But Networks Division Is A Concern

Buoyed by strong overall sales, Nokia made a net profit of 177 million euros ($195 million) in the first quarter from a loss a year earlier, but its shares plummeted more than 10 percent Thursday over a weak performance at its main networks unit. 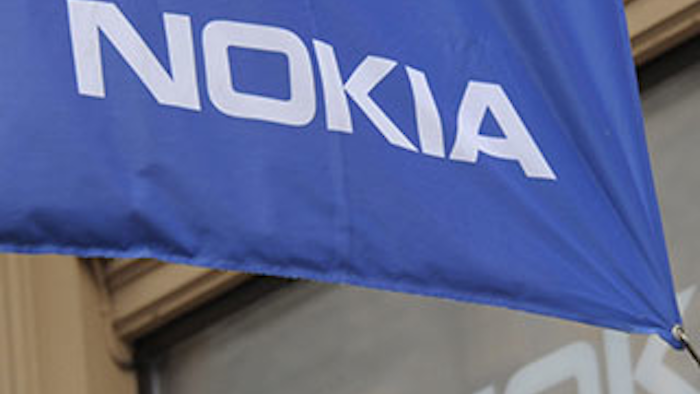 HELSINKI (AP) — Buoyed by strong overall sales, Nokia made a net profit of 177 million euros ($195 million) in the first quarter from a loss a year earlier, but its shares plummeted more than 10 percent Thursday over a weak performance at its main networks unit.

Despite a rise in sales in all its operations for the third quarter in a row, Nokia CEO Rajeev Suri described the networks division's profits — which fell 60 percent — as "unsatisfactory," saying the company was hurt by increased competition and "strategic entry deals, particularly in China."

Investors were disappointed and Nokia's stock fell nearly 11 percent to close at 6.04 euros on the Helsinki Stock Exchange.

The former top mobile phone maker, which peaked in 2008 with a global market share of 40 percent, failed to meet the smartphone challenge of the iPhone, Samsung and cheaper competitors in Asia. But its fortunes changed when it sold the ailing cellphone unit to Microsoft last year and started showing growth in the three remaining operations — networks, mapping services and technologies.

Earlier this month, Nokia announced a major deal to acquire French networks company, Alcatel-Lucent, which could make it the leading global networks provider. Suri described it as a "good deal" with benefits to shareholders.

"We are moving fast on the necessary integration planning, and have already established a structure designed to minimize disruption to our ongoing business," he said.

Suri added that he was optimistic about the rest of the year, especially on deals with new customers.

"I see the impact of strategic entry deals to ease in the second half (because) most of the costs of these new deals you take up-front," Suri said. "The momentum in some regions (will) overall improve for us."

Neil Mawston of Strategy Analytics near London said Nokia might have bitten off more than it can chew with the 15 billion-euro acquisition.

"It's a big deal and not necessarily always easy to pull together," Mawston said. "Nokia is obviously quite an experienced company but it's been through the wringer during the past few years and needs a period of stabilization before going on acquisition sprees."

Nokia's technologies section doubled sales to 193 million in the quarter, while HERE mapping services grew 25 percent to 261 million euros. Networks, which accounts for more than 80 percent of revenue, grew 15 percent to 2.6 billion euros. The company said it expects growth to continue in all three sectors.

Also on the podcast, VW's hoax, massive ship freed and Boston Dynamics made a new robot.
Apr 5th, 2021
Follow Us
Most Recent