Orders to U.S. factories for long-lasting manufactured goods fell slightly in April. But a category that reflects business investment posted a second increase, a hopeful sign that this key sector is starting to revive. 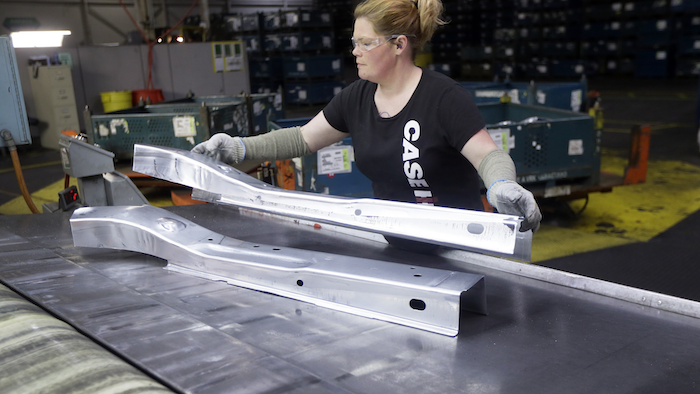 WASHINGTON (AP) — Orders to U.S. factories for long-lasting manufactured goods fell slightly in April. But a category that reflects business investment posted a second increase, a hopeful sign that this key sector is starting to revive.

Total orders for durable goods slipped 0.5 percent from March, when orders had surged 5.1 percent, the Commerce Department reported Tuesday. The big swing was driven by changes in commercial aircraft, an extremely volatile category that had jumped in March but fell in April.

Orders in the business investment category rose 1 percent in April after a 1.5 percent increase in March. The gains followed a sizable 5.1 percent fall in February. Business investment has been hurt by a stronger dollar sapping exports and cutbacks in the energy industry.

Demand for commercial aircraft had surged 40.7 percent in March only to fall 4 percent in April. Orders for motor vehicles and parts rose a modest 0.3 percent last month. Orders for durable goods excluding transportation posted a 0.5 percent rise in the first back-to-back increase this year.

Orders for primary metals fell 2.1 percent in April, and orders for computers dropped 3.4 percent. But demand for machinery rose 3.1 percent.

U.S. factories have been struggling with weak exports, which have been clipped by a big rise in the value of the dollar. A stronger dollar makes U.S. exports more expensive in overseas markets. It also lowers the cost of imported goods, making them more attractive for American consumers.

Business investment has suffered because of large cutbacks in the energy industry, which has reduced exploration in response to the drop over the past year in global oil prices.

The overall economy, as measured by the gross domestic product, grew at a meager annual rate of 0.2 percent in the January-March quarter, according to the government's first estimate. That figure will be revised on Friday, and many economists believe it will show that GDP actually contracted in the first three months of the year.

But economists expect a rebound in the April-June quarter, with many expecting growth to recover to a rate of 2 percent or better.