Consumer spending in September posted the smallest gain in eight months, a sign that shoppers grew cautious at the end of the third quarter. 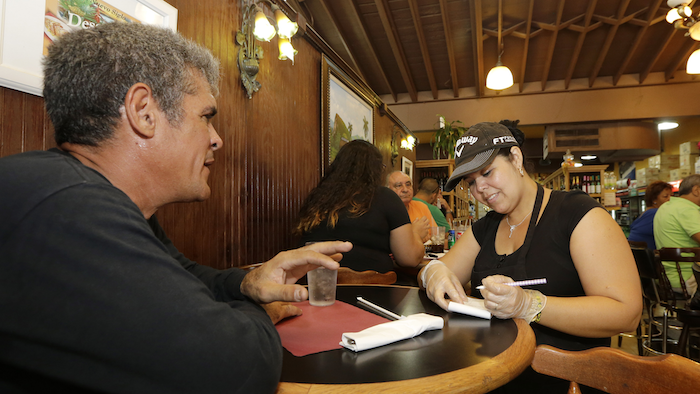 WASHINGTON (AP) — Consumer spending in September posted the smallest gain in eight months, a sign that shoppers grew cautious at the end of the third quarter.

The Commerce Department said Friday spending rose 0.1 percent, the weakest showing since spending fell in January. Income growth inched up 0.1 percent, which was the smallest amount in four months. Wages and salaries were flat following two months of big gains.

Consumer spending is closely watched because it accounts for 70 percent of economic activity.

The overall economy slowed sharply in the July-September quarter to an annual rate of just 1.5 percent, less than half the 3.9 percent rate seen in the April-June period. But that was mainly because businesses trimmed their stockpiles. Consumer spending was solid.

Economists are forecasting that it will remain on track in the fourth quarter, reflecting further gains in employment that should give households more income to spend. Consumers are also benefiting from declines in energy prices which give them more money to spend on other items.

Much of the September slowdown reflected a fall in energy prices, which resulted in a 1.2 percent drop in spending on nondurable goods such as gasoline. Spending on durable goods, a category that includes autos, jumped 0.8 percent last month. Spending on services rose 0.4 percent.

The saving rate edged up slightly to 4.8 percent of after-tax income in September, compared to 4.7 percent in August.

The Federal Reserve this week left its benchmark interest rate at a record low near zero, where it has been for the past seven years. However, in a statement, Fed policymakers said they would be looking at the progress made on its employment and inflation objectives in deciding whether to begin raising rates at its "next meeting."

It marked the first time in the Fed's seven years of low interest rates that officials have suggested that they could raise rates at the next meeting, which will occur Dec. 15-16.

One factor influencing that decision will be the performance of the Fed's favorite gauge of inflation, which is linked to consumer spending.

In Friday's report, overall inflation actually fell by 0.1 percent in September, reflecting the drop in energy prices. Over the past year, this inflation gauge is up just 0.2 percent, far below the Fed's 2 percent target. Excluding volatile food and energy, prices are up 1.3 percent, still below the 2 percent.