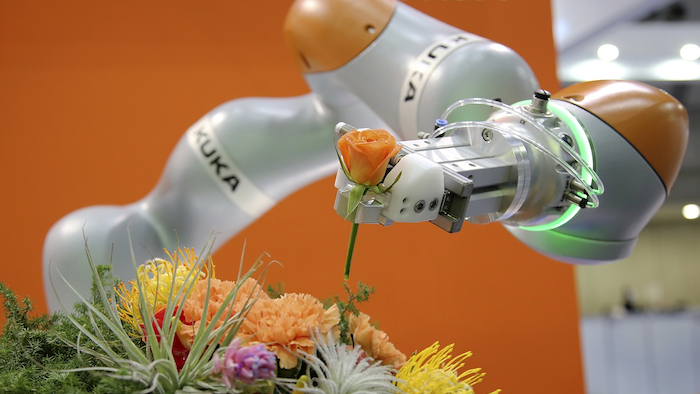 The Chinese company already owns 13.5 percent of Kuka shares and is offering to buy the rest, as required under German law. It wants to raise its stake to at least 30 percent, making it the largest shareholder, and is offering 115 euros for each share, valuing Kuka at 4.6 billion euros ($5.2 billion).

"We want to support Kuka's growth and plan to jointly realize the vast growth potential in China," Chairman Paul Fang said in a statement. "We do not aim to dominate Kuka or delist the business."

Midea said it wouldn't force Kuka to make changes to its brand, move its headquarters from Augsburg, Germany or share its intellectual property or sensitive customer data. It also promised preserve Kuka's staff of 12,300.

The offer is part of a wave of Chinese investments overseas but it also raised doubts in Germany about Chinese purchases of local companies.

Midea, based in the southern province of Guangdong, has 93,200 employees. It's one of China's biggest air conditioner makers and also produces fridges, washing machines and other consumer appliances.

By working with Kuka, Midea said it hopes to expand distribution of industrial robots to other Chinese industrial firms, which are increasing factory automation as China's workforce shrinks and wages soar.