General Electric is promising to boost its earnings by about 15 percent in each of the next three years and dole out $67 billion to shareholders as CEO Jeffrey Immelt tries to create a sleeker, "digital industrial" company. 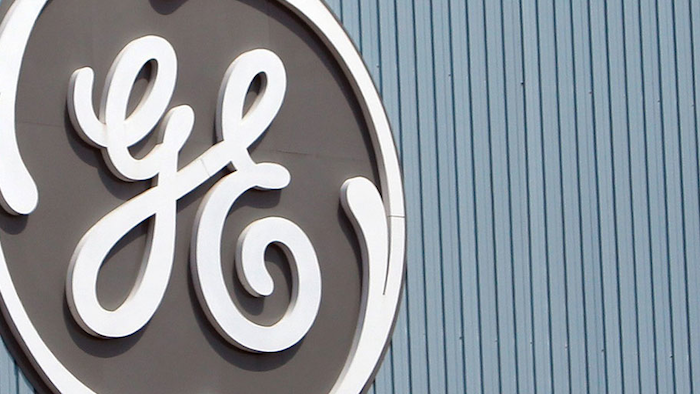 FAIRFIELD, Conn. (AP) — General Electric is promising to boost its earnings by about 15 percent in each of the next three years and dole out $67 billion to shareholders as CEO Jeffrey Immelt tries to create a sleeker, "digital industrial" company.

The $67 billion will be paid through a combination of quarterly dividends and repurchases of GE's stock through 2018. The Fairfield, Connecticut, company returned $33 billion to shareholders last year.

Reducing the amount of GE's outstanding stock will also help the company realize its goal of increasing its adjusted annual earnings from $1.31 per share last year to more than $2 per share in 2018.

Immelt made the financial pledge while spelling out his vision for the 138-year-old company in a letter released Monday with GE's annual report.

The wide-ranging letter calls for General Electric Co. to become less bureaucratic and more innovative as Immelt strives to turn it into one of the world's 10 biggest software companies by 2020.

Immelt conceded the transformation won't be easy. "There is no blueprint for what we are trying to do and, at times, it will be messy," he wrote.

To help him sculpt GE into a nimbler company, the 60-year-old Immelt is getting advice from "early career leaders" in what he described as a "humbling" experience. "Through their eyes, I can see the evil nature of corporate bureaucracy; they are a good mirror for my own failings," wrote Immelt, who has been running GE s since 2001.

As part of its makeover, GE has jettisoned most of its financial services and other operations that no longer fit into Immelt's strategy. Last year, GE negotiated sales totaling $157 billion

On the flip side, the company became an even bigger player than it already is in the energy industry with a $10.6 billion acquisition of the power and transmission of French manufacturer Alstom.

The reorganization went over well with investors. GE's stock climbed 23 percent last year while the Standard & Poor's 500 dipped by about 1 percent. The shares shed 22 cents to $29.18 in Monday's late afternoon trading.

In trying to reposition itself as a company on the cutting edge of technology, GE is hoping to recapture some of the luster that it has lost amid problems in the financial services division that once was among its brightest spots. Once the most valuable company in the world, GE's market value has declined by about $70 billion during the past decade.

Meanwhile, investors have been gravitating to technology companies as the Internet and a variety of gadgets reshape society and the economy.

In his letter, Immelt asserted that GE is "underowned by big investors." He is betting he can change Wall Street's perceptions about the company by encouraging his subordinates "to dream about new levels of growth and performance."