General Motors will announce Tuesday that it's spending more than $1 billion on a huge expansion of its SUV factory in Arlington, Texas. 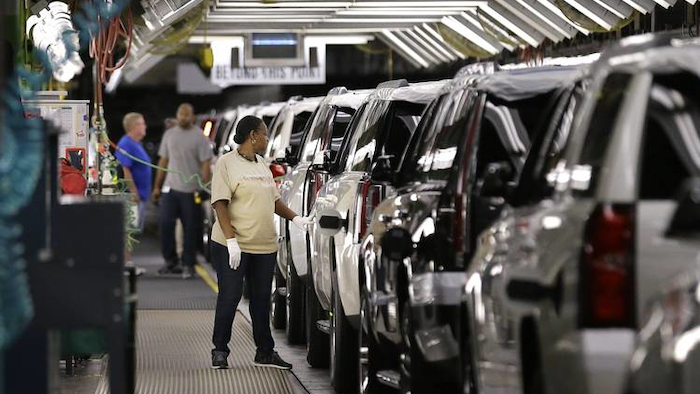 DETROIT (AP) — General Motors will announce Tuesday that it's spending more than $1 billion on a huge expansion of its SUV factory in Arlington, Texas.

The company wouldn't comment on specifics of the investment, but it has scheduled a news conference for 1 p.m. Central Time at the factory. Cathy Clegg, GM's manufacturing and labor relations chief, and United Auto Workers Vice President Cindy Estrada, who handles negotiations with GM, are among those scheduled to attend.

Demand for GM's full-size SUVs has been so strong that the plant can't make them fast enough. The Arlington factory has about 3,800 hourly workers on three shifts making the Chevrolet Tahoe and Suburban, GMC Yukon and the Cadillac Escalade. The plant has basically been running flat-out for the past two years, and additional hiring is expected.

Sales of the big GM SUVs are up more than 10 percent through June, according to Autodata Corp. GM has sold more than 111,000 of the truck-based vehicles this year as low gas prices have helped shift U.S. buyers away from cars and into SUVs of all sizes. But the boom in SUV sales began even before gas prices fell.

The full-size SUVs also are among GM's most profitable. Analysts say GM makes more than $10,000 per vehicle. When loaded with options, a Cadillac Escalade, the most expensive of the SUVs, can run more than $90,000.