Economic Officials Say Tesla Factory Will Open in a Year

Nevada economic officials say work on a massive Tesla Motors battery factory east of Reno is going smoothly and it should be operational within a year. 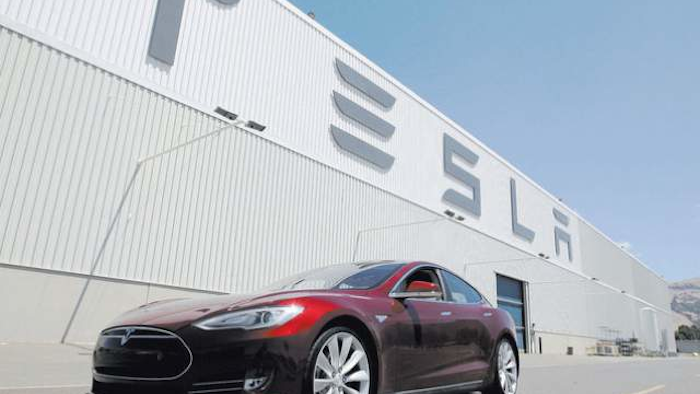 Nevada economic officials say work on a massive Tesla Motors battery factory east of Reno is going smoothly and it should be operational within a year.

Steve Hill, director of the Governor's Office of Economic Development, told Nevada lawmakers during an interim meeting Thursday that progress on the $5 billion factory was going slightly quicker than the company expected.

"Certainly by one year from now, that factory will be producing batteries," he said to lawmakers. "We're certainly satisfied and frankly excited about the progress that is being made."

The so-called "gigafactory" will be used to produce lithium-ion batteries for use in Tesla electric cars and potentially in a recently announced battery system to store electricity for homes. Tesla has publicly stated a goal of producing up to 500,000 car batteries a year by 2020.

Hill said more than 740 construction workers have been hired since Tesla Motors Inc. started the building process in October 2014. In a report issued to lawmakers, the Palo Alto, California, company reported spending more than $140 million on the project so far.

Construction only makes up about a quarter of the factory's $5 billion cost, with the rest coming from the cost of machines that make the batteries.

The company has only hired 12 full-time employees in the state, but Hill said that number is expected to ramp up in the next few months.

Nevada won a bidding war with other states in attracting Tesla to the state in 2014 by extending a record $1.3 billion in tax incentives to the electric car manufacturer. As part of the deal, Tesla is required to hire state-approved auditors and submit regular updates to the Legislature.

This story has been corrected to show the factory is east of Reno, not north, and to clarify that the goal is to produce 500,000 batteries for cars by 2020.