Toyota to Build $1B Corolla Plant in Mexico

Toyota announced plans Wednesday to construct a new billion-dollar manufacturing plant in Mexico and alter production at its facilities in Canada. 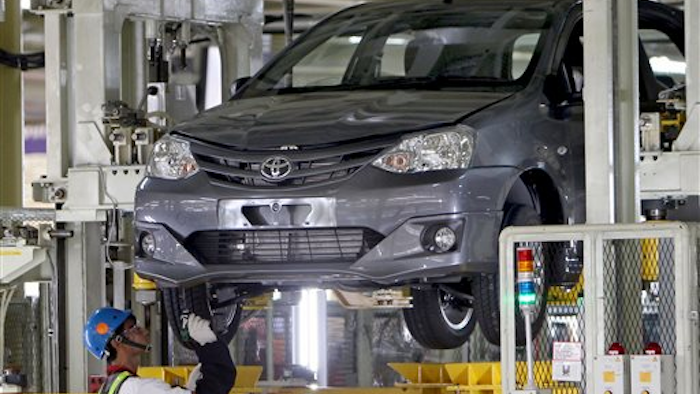 Toyota announced plans Wednesday to construct a new billion-dollar manufacturing plant in Mexico and alter production at its facilities in Canada.

The new facility will be located in the central Mexican state of Guanajuato and will begin assembling Corolla models beginning in 2019.

The Japanese automaker said it expects the plant to employ 2,000 workers and produce 200,000 cars annually. Company officials said it would be Toyota's largest ever investment in Mexico; the company currently produces Tundra pickup trucks at its facility in Tijuana.

Once Corolla assembly begins in Mexico, Toyota plans to switch production at a plant in Cambridge, Ontario from Corollas to mid-sized, higher-value vehicles. A second Cambridge plant and another in nearby Woodstock, Ontario would also see additional investment; all three would make mid-sized models.

“Our next-generation production facility in Mexico will be a model for the future of global manufacturing and set a new standard for innovation and excellence," Toyota North America CEO Jim Lentz said. "Transforming our Canadian vehicle assembly plants is an equally important part of our strategic plan to position the North America region for sustainable long-term growth.”

Reports also indicated Toyota would add a new production line in China; one official told The Wall Street Journal that the company expects continued growth in both China and North America.

The announcements are part of a new growth strategy unveiled in the aftermath of sweeping recalls in recent years.