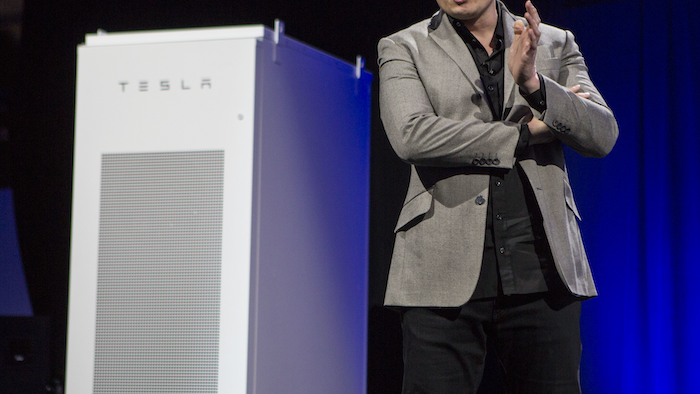 Powerwall is a rechargeable, Internet-connected lithium-ion system largely derived from the technology that powers Tesla cars. With a starting price of $3,000, the battery system is expected to cater to homeowners hoping to capture energy from solar energy systems for use when the sun isn't shining.

Here's more on the announcement from Bloomberg Business: