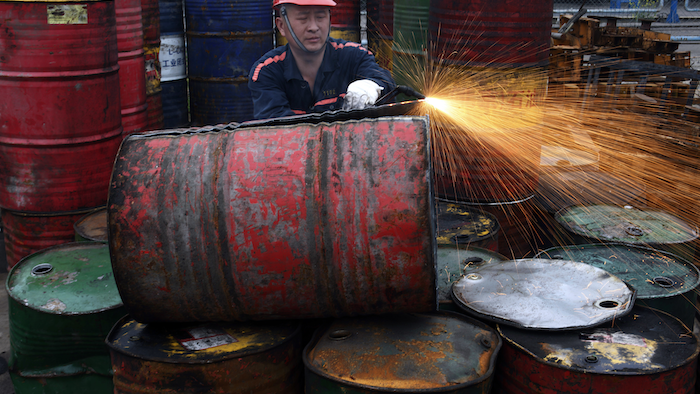 Data compiled by the country's National Bureau of Statistics and the China Federation of Logistics and Purchasing showed Friday that the manufacturing purchasing managers' index came in at 50.1 in April, the same level as in March. A reading above 50 indicates growth.

The index showed more activity from larger firms and contraction among small- and medium-sized firms.

HSBC said a week ago that a preliminary version of its index fell to 49.2 in April from 49.6 in March. It said new business dropped for the second month amid weak demand.

China's growth cooled in the first quarter to its slowest quarterly expansion in six years, to 7 percent for the January-March period.

Another official survey showed growth slowing in the non-manufacturing services sector, with the index falling from 53.7 in March to 53.4 last month.