Researchers believe a newly developed system could substitute solar energy for fossil fuels in a variety of industrial processes. 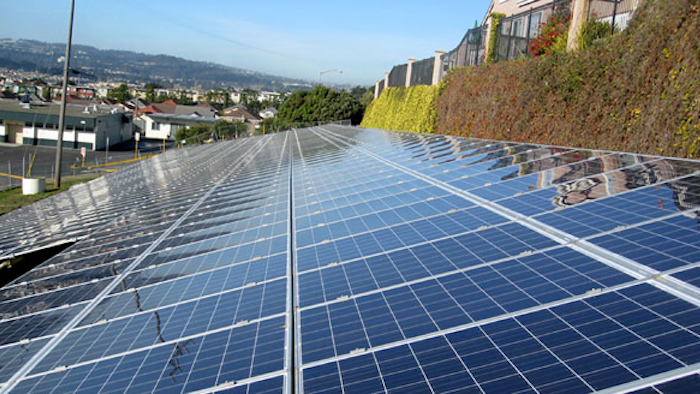 Researchers believe a newly developed system could substitute solar energy for fossil fuels in a variety of industrial processes.

The study, chronicled in the journal Nano Letters, reported that chemists at the University of California-Berkeley successfully used bacteria and a microscopic silicon wire to break down carbon dioxide with only solar energy.

The chemical components, the scientists said, could then be utilized as the building blocks for fuels, polymers and pharmaceuticals. They hope the nanowire technology could eventually result in greatly reduced consumption of energy by industrial operations that make “a wide range of everyday products from antibiotics to paints.”

The process mirrors the ability of plants to convert sunlight, water and carbon dioxide into carbohydrates, and represents the first example of "microbial photoelectrosynthesis," the study said.

Berkeley is also home to one of the two campuses of the Joint Center for Artificial Photosynthesis, a federal Energy Innovation Hub that was recently renewed with $75 million in funding from the U.S. Energy Department.