GM Recalls Hummers To Fix Fan Controls That Can Overheat

General Motors is recalling more than 196,000 Hummer SUVs worldwide because the ventilation fan motor controls can overheat and start a fire. 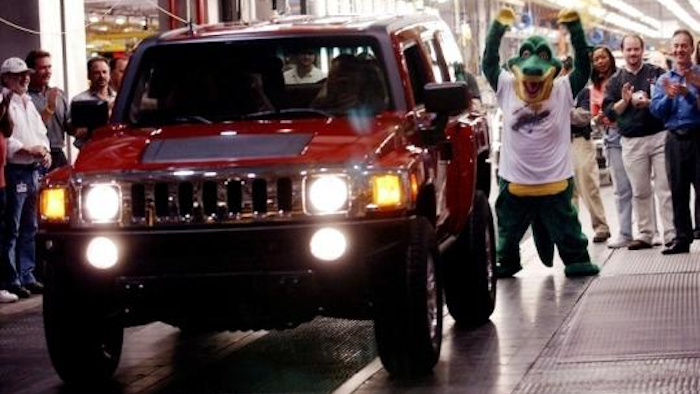 DETROIT (AP) — General Motors is recalling more than 196,000 Hummer SUVs worldwide because the ventilation fan motor controls can overheat and start a fire.

The company says the module that controls the heating and air conditioning blower motor speed can overheat when operated for a long time, melting nearby plastic and increasing the risk of a fire. The company says it has reports of 42 fires, including three that caused minor burns.

Dealers will replace the faulty module and wiring harness at no cost to owners.

Also Wednesday, GM said it's recalling about 51,000 subcompact cars in the U.S. and Canada because the radios can lock up and disable some warning chimes.

The recall affects 2014 and 2015 model year Chevrolet Sparks and 2015 Chevrolet Sonics, all equipped with the base radio and GM's OnStar safety system.

GM says the radio software can get stuck in the OnStar navigation mode. That can cause the radio screen to go blank and disable all audio functions, including warnings for keys left in the ignition or the driver seat belt not being fastened. Also, the radio won't turn off, which could drain the battery.

The company says it knows of no crashes or injuries from the problem.

Dealers will update the radio software to correct the glitch.