Oil on Wild Ride, How Will it End?

The price of oil is on a wild ride, and there is little agreement on where it's headed. 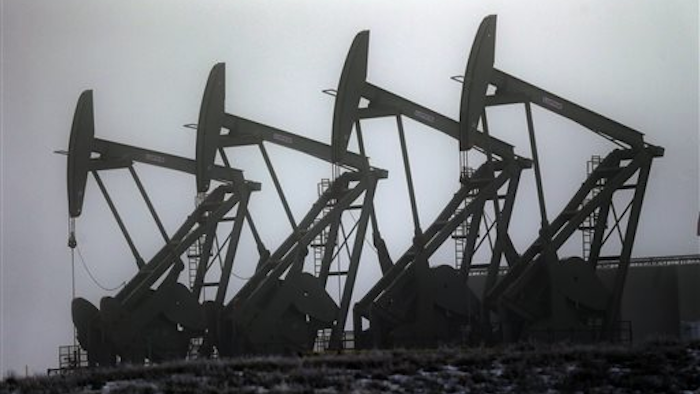 New York — The price of oil is on a wild ride, and there is little agreement on where it's headed.

After falling nearly 60 percent from a peak last June, the price of oil bounced back more than 20 percent as January turned to February. Then, on Tuesday, it sunk 5 percent, closing just above $50. Oil has fallen or risen by 3 percent or more on 14 of 27 trading days so far this year. By comparison, the stock market hasn't had a move that big in more than three years.

Predicting prices is especially tricky now because the oil market has never quite looked like this. Oil price collapses of the past were triggered either by plummeting demand or an increase in supplies. This latest one had both. Production in the U.S. and elsewhere has been rising, while slower economic growth in China and weak economies in Europe and Japan means demand for oil isn't growing as much as expected.

As recent trading shows, any sign of reduced production inspires traders to buy oil, and every new sign of rising supplies sends prices lower. In a report Tuesday the U.S. Energy Department, citing unusual uncertainty, said the price of oil could end up anywhere from $32 to $108 by December.

"There are many more laps to come on this roller coaster," said Judith Dwarkin, chief economist at ITG Investment Research.

As oil bounces up and down, so will the price of gasoline, diesel and other fuels. Almost no one expects a return to the very high prices of the last four years, so drivers and shippers will continue to pay lower prices. It's a question of how much less, and for how long.

Those expecting a quick and lasting price jump see mounting evidence that drillers in the U.S. are pulling back fast because they're no longer making money. A closely-watched survey by the oil services company Baker Hughes shows that the number of rigs actively drilling for oil fell to 1,140 last week, down 29 percent from a record high of 1,609 in October.

If companies stop drilling new wells in North Dakota and Texas, the centers of the U.S. oil boom, overall U.S. production could fall fast. Output from most of those wells declines far more quickly than production from more traditional wells. Analysts at Bernstein Research estimate that U.S. production declines at 30 percent a year without constant investment in new wells.

A quick decline in production would send prices higher by reducing global supplies. At the same time, demand could be on the rise. The U.S. economy seems to be improving rapidly and demand for gasoline is increasing. Global demand may also rise somewhat simply because low prices tend to encourage more consumption.

If the oil bulls are right, it means prices for transportation fuels would rise and the slowdown in drilling activity in the U.S. would perhaps be short-lived.

Others say oil production is still rising and demand isn't yet catching up — a recipe for lower oil prices.

The oil bears argue that there are plenty of rigs still working, and they are now focused only on the most prolific spots. Also, oil services companies are charging significantly less for equipment and expertise. This means oil companies may be able to keep oil supplies rising from already high levels despite low prices.

The Energy Department reported last week that there was a record 1.18 billion barrels of oil in storage in the U.S. ITG's Dwarkin estimates that in the first half of this year the world will be producing, on average, 2 million barrels per day more than it will be consuming.

Analysts at Bank of America Merrill Lynch say $32 a barrel is possible. Ed Morse, an analyst at Citi, called the recent rise in prices a "head fake" and predicts oil could plunge into the $20 range, the lowest since 2002.

The bears also don't expect much increase in demand. Many developing nations are cutting back on fuel subsidies, which means that consumers could be buying less fuel, not more. And demand in the U.S. and other developed nations won't rise much, they argue, because of environmental policies and high fuel taxes.

OIL WILL STAY THE SAME

After its recent rise, some think oil may already be close to finding its level.

The International Energy Agency said in a report Tuesday that prices will stabilize in a range "higher than recent lows but substantially below the highs of the last three years."

In the past, once production went off line it took years to bring it back. Now, the IEA said, drillers can quickly and easily tap shale deposits to bring new oil to market as soon as supplies fall or demand rises. That should help keep a lid on prices.

Tom Pugh, an analyst at Capital Economics, forecasts that Brent crude, the most important benchmark for global crude, will end the year around $60 a barrel, within $4 of where it closed Tuesday — and to be at $70 by the end of 2020.

That doesn't mean, however, that there won't further bumps along the way. "We wouldn't be surprised to see more large price movements before the market settles down," Pugh wrote.