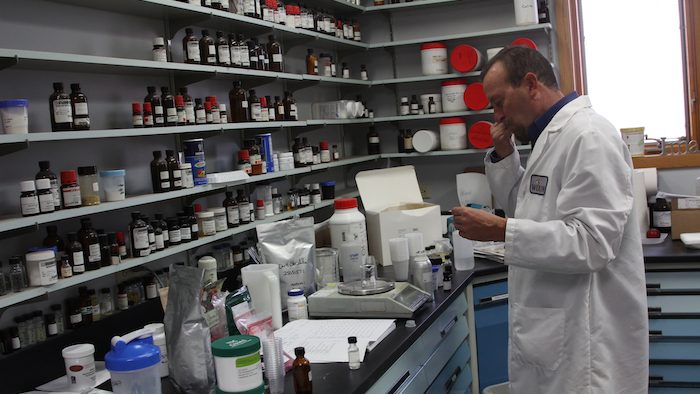 Martin Burke unveiled the details of the printer in the latest edition of the journal Science. The mechanism utilizes a limited amount of basic molecules and step-by-step chemical programming to build entirely new molecules.

The technology could enable scientists to print rare, hard-to-find or never-before-studied substances in labs. Burke believes the system could have its greatest impact on the ability to study the medicinal properties of those molecules.

"There are many molecules in nature with some extraordinary natural properties that are incredibly hard to make and just aren't available to be purchased in a catalog," Burke told Popular Mechanics.

Developing the synthetic molecules with the 3D printer can take hours--depending on the complexity of the necessary chemical steps--instead of the years the process could have taken a trained chemist.

The Illinois researchers said removing the byproducts of chemical reactions previously hindered development of the technology, but that they've now found a method to do so without harming the molecules they’ve built.

Burke predicted that, like the conventional 3D printer, his technology could eventually move outside the lab into "the hands of non-specialists and even consumers."