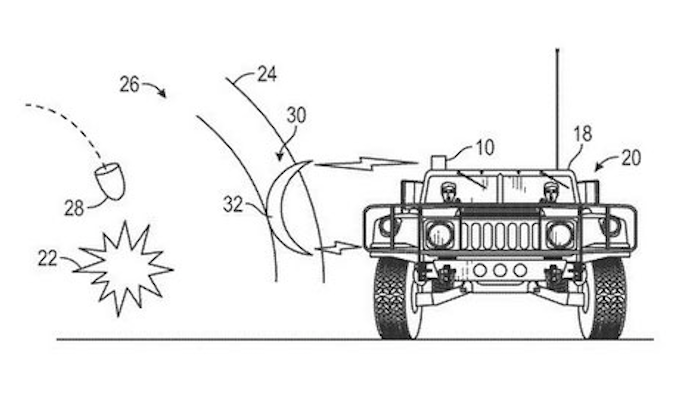 The system, in theory, would detect shockwaves from a nearby explosion and use a laser, magnetic induction or other methods to create an area of super-heated air that would diffuse the shockwaves.

Although the proposal easily recalls imagery from science fiction, the system would only temporarily shield targets and would not protect against shrapnel or other debris.

The patent includes an illustration of a military vehicle, but the design could also allow for shields that protect individuals, larger vehicles, ships or entire buildings.