Obama, In Canada, Warns Of Pace Of Technological Change 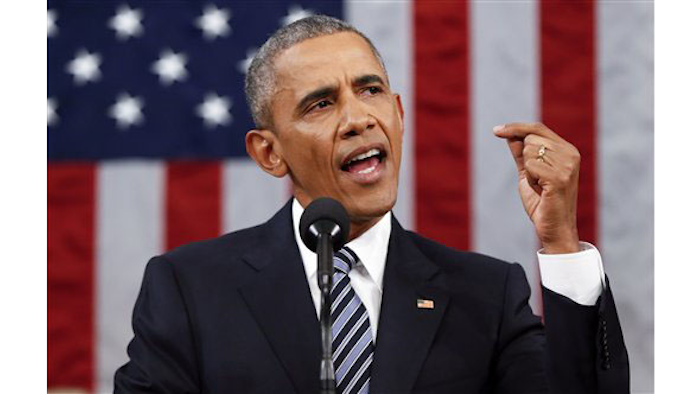 Speaking to about 3,000 people at an event hosted by a progressive Canadian think tank, Obama said the transition from an agricultural to an industrial economy happened over the course of 150 years, but that the technological revolution is happening in 20 years. He said it's hard for governments to catch up to the pace of disruption.

Obama said over the next 25 years, advanced economies will have to confront the fact that there is not going to be enough high-paying full-time work as we traditionally conceive it.

"You'll still see auto companies doing pretty well and you'll see us manufacturing the goods that we use in the United States or Canada, but you'll walk through those factories and they'll be empty because they'll be run by robots and AI," Obama said.

"The biggest challenge that we face in terms of maintaining good manufacturing jobs in our countries come from automation, and that is going to accelerate."

He did not mention President Donald Trump by name but said if the strategy is to close off borders, then governments are missing the point. Trump nixed the Trans-Pacific Partnership trade deal and has called the North American Free Trade Agreement the worst trade deal in history and has threatened to withdraw from it.

Obama said that policies can make it easier or harder for people to adapt to change. He said unions are important but must recognize the original union model was built in the industrial era and needs to be refreshed in the information age. Obama said things like a higher minimum wage can help cushion the impact of the disruption.

He said all advanced economies will have to adapt and find ways in which everybody has a productive, fulfilling life that can support a family. He said young people will need the skills to compete in an economy driven by massive technological change.

"The policies we have now can build a runway so that over the next 20 years people are not so angry, so fearful and so stressed that we end up resorting to policies that are not going to be good for anybody," Obama said.

There may be some undiscovered cracks as well.
Sep 27th, 2021