An $11.8 million chilled-water plant that is designed to reduce carbon emissions has opened in downtown Baltimore. 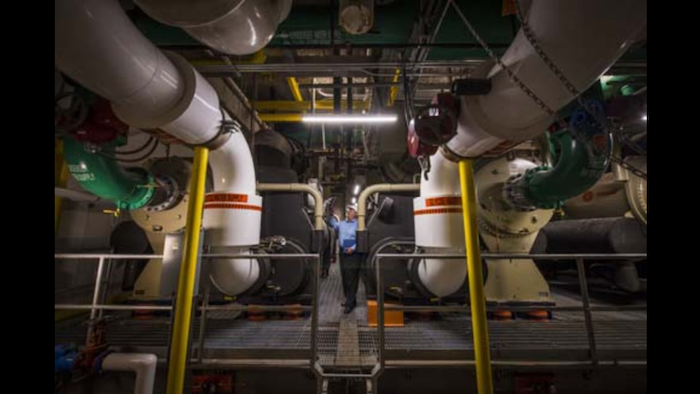 BALTIMORE, MD (AP) — An $11.8 million chilled-water plant that is designed to reduce carbon emissions has opened in downtown Baltimore.

The Baltimore Sun reports the company that operates a network of steam- and chilled-water pipes in the area announced it opened the plant on Monday. Veolia North America operates the pipes to heat and cool commercial buildings, hospitals and government facilities.

The new facility is located in the Baltimore Convention Center and will supply it and roughly 50 other buildings.

Veolia president and CEO William J. DiCroce said in a statement the project was the result of close collaboration between public and private partners, a relationship that has spanned more than a decade.