The two companies will link their software in a partnership announced Wednesday. 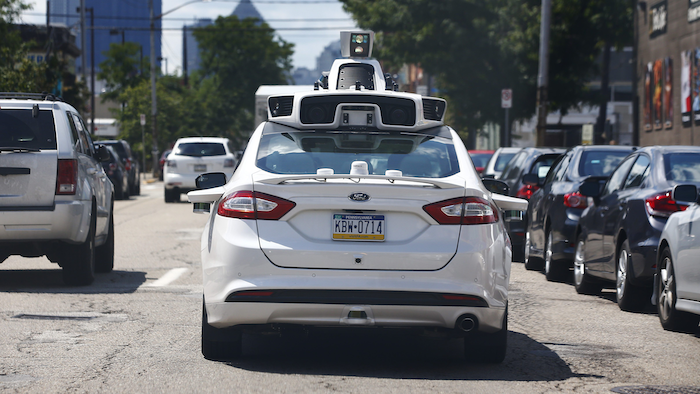 Ford is working to integrate its autonomous cars with Lyft's ride-hailing software so someday Ford can carry Lyft passengers.

The two companies will link their software in a partnership announced Wednesday.

At first human-driven cars from Ford will carry Lyft passengers. The automaker plans to connect its self-driving test cars to Lyft's network. But they won't carry passengers until they're fully tested. The companies didn't give a time frame for integrating services.

Ford says it expects the Lyft partnership to accelerate its self-driving car efforts. The company has said it wants to develop a fully driverless vehicle by 2021.

In July Lyft announced it would open its network to other companies for self-driving car research. Lyft also has partnerships with Google's Waymo autonomous car unit and General Motors.