The U.S. Chemical Safety Board found that neither workers nor the public were safe from chemical exposure by equipment or safety procedures at the plant. 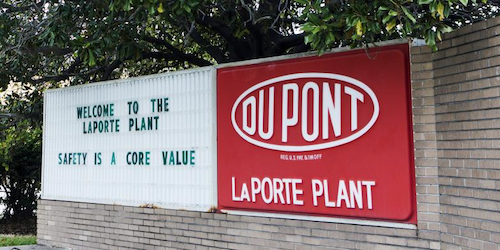 HOUSTON (AP) — DuPont has decided not to reopen a Southeast Texas pesticide plant idled since a gas leak killed four workers in 2014.

In an email to the Houston Chronicle, DuPont spokesman Gregg Schmidt said the company believes changes in market conditions since the La Porte plant shut down will continue and "do not support restarting the facility."

The four workers died Nov. 15, 2014, of exposure to 23,000 pounds of methyl mercaptan, a raw material used to manufacture an insecticide. The U.S. Chemical Safety Board found that neither workers nor the public were safe from chemical exposure by equipment or safety procedures at the plant.

The board said a review of plant systems that control overpressure in equipment had "fallen far behind schedule."