Following the public launch on November 12, 2015, the fully certified version, Co50 Valkyrie, has seen significant interest from investors, pilots and travel enthusiasts around the globe. 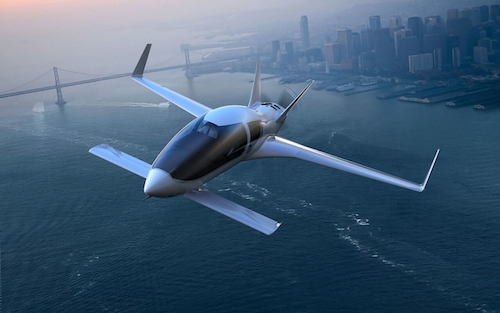 Cobalt, the premier manufacturer of design-centric private aircrafts, today announced over $50 million in pre-orders of the company’s first model, the Co50 Valkyrie, within the first 90 days.  Following the public launch on November 12, 2015, the fully certified version, Co50 Valkyrie, has seen significant interest from investors, pilots and travel enthusiasts around the globe. Cobalt also welcomed a new test pilot to the team. James Schwartz, a former Delta pilot, will command Cobalt’s test program for FAA certification.

"The Cobalt Valkyrie is a magnificent airplane and it has created a tremendous amount of much-deserved interest," said James Schwartz, lead test pilot at Cobalt. "It’s a beautiful design, profoundly enjoyable to fly, and it will outperform anything in its class. I'm very happy for the opportunity to fly the Valkyrie, and excited to lead Cobalt's flight test program."

Upon opening the order book, Cobalt received hundreds of inquiries to buy the plane, including 29 orders that were placed within the first 24 hours. Many of the interested buyers are from top technology companies in Silicon Valley like Google and Apple. In addition to huge pre-orders from the U.S., the company also witnessed strong pre-order sales in top international markets, including Canada, the United Kingdom, Germany, Australia, and Brazil.

“Cobalt's initial pre-orders have exceeded my expectations,” said David Loury, founder and chief executive officer of Cobalt. “The growing demand for the Valkyrie illustrates the real desire that people have to purchase a private aircraft that’s design-centric, sleek and super fast. My vision is to reinvigorate the personal aviation market, starting with the Valkyrie.”

The Top 5 Features:  What Makes the Valkyrie Different

The Valkyrie is targeted for availability in 2017.