Study To Look At Effects Of Iowa Sand Mine Expansion

Clayton County officials have commissioned a study to determine the environmental and aesthetic effects of a proposed expansion of a northeast Iowa silica sand mine. 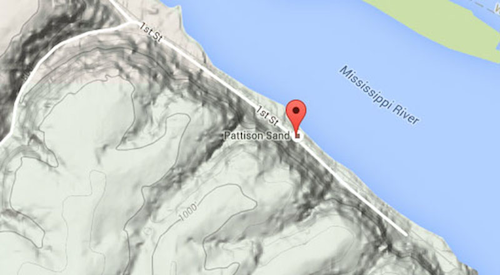 GUTTENBERG, Iowa (AP) — Clayton County officials have commissioned a study to determine the environmental and aesthetic effects of a proposed expansion of a northeast Iowa silica sand mine.

Pattison Sand Co. has petitioned the county to rezone 746 acres of agricultural land along Great River Road to heavy industrial use, the Dubuque Telegraph Herald reported Saturday. The company hopes to facilitate expansion of its underground sand mining operation in Clayton, Iowa.

But opponents have countered that the company has more than 15 years' worth of sand reserves on its property. Opponents also point to decreased demand for hydraulic fracturing due to falling oil prices.

Silica sand, found in northeast Iowa and neighboring areas, is a prime ingredient used hydraulic fracturing, a technology that injects a well with chemically treated water and sand to fracture shale and release trapped gas or oil.

"While the energy business is soft right now, we are quite bullish on our long-term prospects," a Pattison Sand representative wrote in an email to the Telegraph Herald. "We have sand reserves to last several years, but, again, we must think even longer term."

County health and zoning administrator Janet Ott said she expects the report on fracking sand mining to be finished in May.