Preliminary data released by the U.S. Department of Labor's Mine Safety and Health Administration indicate that 28 miners died in 2015 in work-related accidents at the nation's mines, down from 45 in 2014. 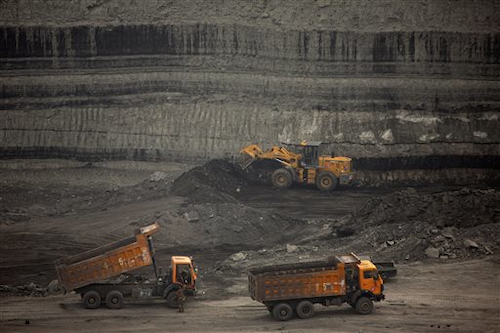 Preliminary data released by the U.S. Department of Labor's Mine Safety and Health Administration indicate that 28 miners died in 2015 in work-related accidents at the nation's mines, down from 45 in 2014. The figure represents the lowest number of mining deaths ever recorded and the first year that mining deaths dropped below 30.

Eleven of the 28 deaths occurred in coal mines — three in Pennsylvania; two each in Kentucky, Illinois and West Virginia; and one each in Alabama and Virginia. The leading causes were powered haulage and machinery accidents, which accounted for six deaths.

Of the 17 deaths in metal and nonmetal mining, Nevada led with four, followed by Missouri with two, and one each in California, Florida, Georgia, Iowa, Massachusetts, Nebraska, New Hampshire, North Dakota, Ohio, Pennsylvania and Virginia. The leading cause of death in these mines was machinery accidents, which led to five deaths, followed by falling materials that killed four miners.

"While coal mine closures had some effect on the historic low number of mining deaths, actions by MSHA and the mining industry to improve mine safety have been a major factor," said Joseph A. Main, assistant secretary of labor for mine safety and health.

Main credited the agency's use of strategic enforcement tools, including special impact inspections that quickly address problem mines and the retooled Pattern of Violations procedure that targets mines with chronic violations, along with compliance assistance, training and outreach efforts to the mining industry.

In the metal and nonmetal mining sector, MSHA took a proactive approach to reverse the upward trend of mining deaths that began in October 2013. On the heels of a particularly deadly day in August 2015, when three miners died at three separate operations, MSHA collaborated with stakeholders to launch one of its most aggressive enforcement and outreach efforts across the country. For the next 134 days, no metal and nonmetal mining deaths occurred in the nation's mines, passing the previous record in 2010 of 82 consecutive days without a mining fatality.

"While record-low numbers have been achieved, we are mindful that things could change in a heartbeat if we let down our guard. There is still much more to be done to ensure that miners go home after every shift, safe and healthy," said Main.