Coating the mouth with BPA-containing food, like soup, does not lead to higher than expected levels of BPA in blood, a new study in Toxicology and Applied Pharmacology shows. The study authors conclude that oral exposure does not create a risk for high exposures. 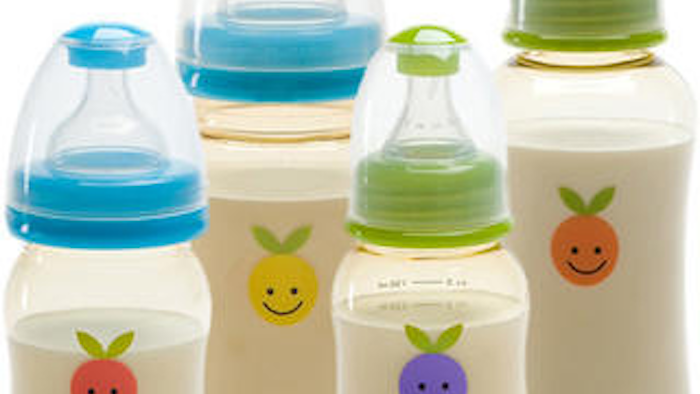 RICHLAND, Wash. — Coating the mouth with BPA-containing food, like soup, does not lead to higher than expected levels of BPA in blood, a new study in Toxicology and Applied Pharmacology shows. The study authors conclude that oral exposure does not create a risk for high exposures.

BPA, also known as bisphenol A, is used to make some plastics and to seal canned food containers against bacterial contamination. Food, which picks up trace amounts of BPA from packaging, is the major source of human exposure.

Health concerns about BPA center on its potential to mimic certain hormones at really high exposures. But within the last month, the European Food Safety Authority and the U.S. Food and Drug Administration reaffirmed their earlier decisions that BPA is safe as used in food packaging materials.

A 2013 study in dogs, however, focused attention on the possibility that their conclusions might be based on incorrect assumptions about how much BPA gets into the human body from food and beverages.

"Regulatory agency conclusions about the safety of BPA were questioned, with increasing frequency and intensity, after publication of the dog study," said toxicologist Justin Teeguarden of the Department of Energy's Pacific Northwest National Laboratory, author of the current study in humans.

The authors of the dog study placed concentrated solutions of BPA under the tongues of sleeping beagles for an extended period. The amount of absorption and the amount of the active form of BPA measured in blood was higher than in previous studies in rodents, monkeys and humans. The authors hypothesized that this meant the amount of BPA in human blood could be higher than regulatory agencies assumed, an idea that became the basis for questioning the regulatory decisions.

Because the dog study challenged conclusions regarding BPA exposure in humans, Teeguarden and his colleagues set out to determine if absorption of BPA from tissues of the mouth increased BPA blood levels in humans. His colleagues included a team led by Dr. Daniel Doerge at the FDA's National Center for Toxicological Research in Jefferson, Arkansas.

"Our goal was to mimic normal eating behavior, assuring that the results of the study would apply to humans eating and drinking." said Teeguarden. "This was something that was not possible in the dog study."

To fully coat the oral cavity, 10 male volunteers ate warmed tomato soup in which researchers had placed a traceable form of BPA. They took multiple blood and urine samples over a 24 hour period.

The team found that coating the mouth in this way did not lead to higher levels of the active form of BPA in blood. As in all human studies to date, the body inactivated 998 out of every 1000 BPA molecules by the time BPA entered the bloodstream.

"Just as important, we confirmed that there is no merit to hypotheses that BPA accumulates in humans. The entire dose of BPA was eliminated in urine within 24 hours, with no evidence of accumulation," said Teeguarden.

"The study design is novel, the measurements are comprehensive, and the results are conclusive regarding the issue of oral absorption. Our confidence in the conclusions comes, in no small part, from the fact that our results are remarkably similar to those from the earliest studies in humans conducted by Drs. Wolfgang Völkel and Dekant in 2002 and 2005, our previous study, and new preliminary data from the National Toxicology Program," said Teeguarden.

"This latest study contributes new measurements in humans that confirm and extend the body of animal and human data and analyses establishing that BPA levels in human blood are even lower than those considered safe by regulatory agencies," Teeguarden added. "Still, as we have said before, there could be some exposure settings, for example hospitals where plastics are routinely used in medical procedures, where exposures could be higher than in the general populations."

Overall, the work affirms the positions of regulatory agencies. "Our study reinforces the accuracy of conclusions made by the European Food Safety Authority, the FDA, the World Health Organization, and others, about the extent and nature of BPA exposure, absorption and metabolism. It follows that if objective, evidence-based decisions are valued, regulatory agency determinations that BPA is safe as used for food contact applications are not challengeable on the basis of uncertainties in oral exposure."