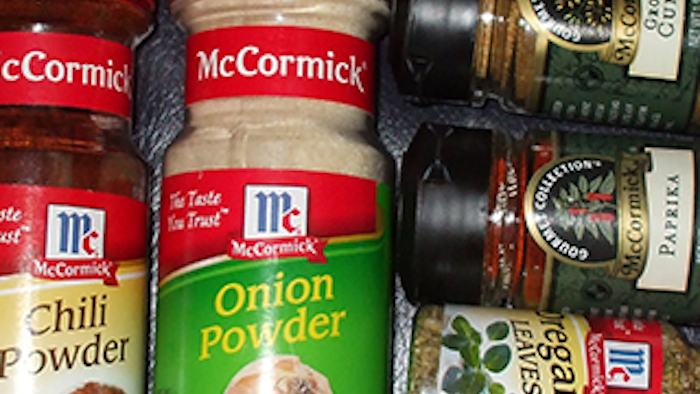 The company grew fourth quarter sales 2% in local currency. Including the impact of foreign currency, sales rose slightly from the year-ago period.  Consumer sales grew 3% in local currency, driven by pricing actions and higher volume and product mix.  Sales growth in the Americas region and in China led this performance.  During the fourth quarter, the company increased its brand marketing by $5 million to drive future sales growth for the consumer business.  Due in part to this investment, as well as a less favorable mix of business, adjusted operating income for the consumer business declined 4% versus the year-ago quarter.  Industrial business sales in local currency were slightly below the fourth quarter of 2013, with the impact of pricing actions largely offsetting lower volume and product mix.  The decline in volume and product mix was mainly due to weak demand from quick service restaurants in China.  While industrial business adjusted operating income rose 13% in fiscal year 2014 versus the year-ago period, for the fourth quarter of 2014 adjusted operating income declined 16% versus the year-ago period, due in part to an increase in material costs and higher incentive compensation expense.

McCormick & Company, Incorporated is a global leader in flavor. With $4.2 billion in annual sales, the company manufactures, markets and distributes spices, seasoning mixes, condiments and other flavorful products to the entire food industry – retail outlets, food manufacturers and foodservice businesses.  Every day, no matter where or what you eat, you can enjoy food flavored by McCormick.  McCormick Brings Passion to Flavor™.