A Colorado bill to spend about $5 million to put more local produce in school cafeterias passed its first test Wednesday at the Legislature. But the measure passed by a single vote after complaints that it takes money from classroom instruction. 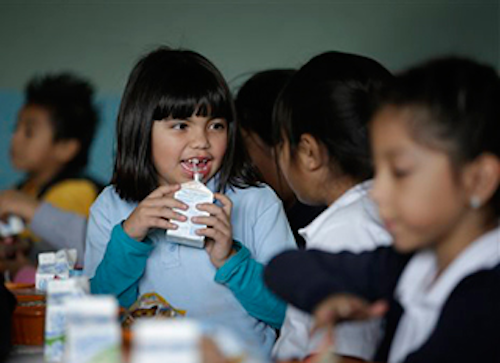 DENVER (AP) — A Colorado bill to spend about $5 million to put more local produce in school cafeterias passed its first test Wednesday at the Legislature.

But the measure passed by a single vote after complaints that it takes money from classroom instruction.

The bill sets up a grant program to make Colorado the 17th state to chip in grant money in addition to federal programs to help get more locally grown foods on cafeteria plates.

Colorado's measure would spend about $1 million a year for five years to help farmers make safety upgrades so they can sell directly to schools.

"We have no shortage of fruit and vegetable producers" ready to sell to schools, said Jeremy West, director of Nutrition Services for Greeley Schools.

But small farms sometimes can't afford the upgrades. The grant program was the idea of a farm-to-school task force set up by Colorado lawmakers four years ago.

"Help more farmers and ranchers become part of the solution," said Anthony Zamora, who raises vegetables and beans on a farm in Eaton.

Republicans on the Education Committee lauded the goal of getting more locally grown food into school cafeterias. But they had lots of questions about how the program will work.

Republicans pointed out that the grant program would rely on money that would otherwise fund classroom instruction.

"I don't understand why we would take dollars out of a classroom and give them to a farmer," said Rep. Paul Lundeen, R-Monument.

"How do we guarantee in this bill that small farmers will benefit from this?" asked Rep. Jim Wilson, R-Salida.

The measure now heads to the Appropriations Committee, which will debate whether the grant program is worth the money. If the bill clears the House, it faces a greater challenge in the GOP Senate.

The measure's sponsor was optimistic the grant program would survive.