A cleaning worker was killed when he fell into a running industrial meat blender, leading his family to sue for improper safety procedures.

OREGON CITY, Ore. (AP) — The family of a cleaning worker who was killed when he fell into a running industrial meat blender at an Oregon plant is suing the meat distributor for $5 million.

The 41-year-old man, Hugo Avalos-Chanon of Portland, was working for a cleaning contractor in April 2013 when the machine turned on and he was pulled into the equipment legs first. There were no eyewitnesses, but fellow workers heard his screams.

The president of Interstate Meat Distributors, Darrin Hoy, has been asked by phone and email to comment on the lawsuit.

The company grinds and packages hamburger for commercial customers in Oregon and southwest Washington. 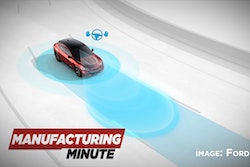